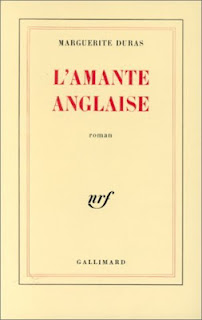 MARGUERITA DURAS' PLAY, L'AMANTE ANGLAISE, is a superbly crafted piece of writing. She plunges us into the dark side of murder, madness and mystery with the story of 60 year old Clair Lannes who has confessed to the gruesome murder of her deaf-mute cousin, Marie-Therese.

Laurence Strangio directs the production at La Mama with a light and tasteful hand, very sensitively allowing the text to speak for itself without embellishment.

The two actors, John Flaus and Brenda Palmer, talk seated opposite each other for most of the 90 minutes. It is riveting character drama – an actors' dream.

In the first scene, a female psychologist interviews Lannes about his wife. We obtain, from her rigid, insensitive and deeply dislikeable husband, a peculiar second-hand biography of this woman who has committed such a hideous crime.

After we have become fascinated with Clair, the actors change roles and chairs and Clair is interviewed in turn. The interviewers struggle with our own dilemma. Who is Clair Lannes? And why, why, why, did she do this dreadful thing?

The performances by both Palmer and Flaus are relaxed and rich and multi-layered. Palmer has found a delicacy and peculiarity that makes this woman attractive and other-worldly, an unlikely murderess.

These characters, in the intimate surroundings of La Mama, are accessible, passionate and absorbing.

We are so close we are almost voyeurs on their poignant situation. We know them. We empathise with Clair in her struggle to explain or rather, not to explain, her actions. We want to ask questions, participate in the process.

There is nothing turgid or morbid about this piece. In fact it is exceptionally funny in its observations about the human situation. This is a murder mystery of an extraordinary standard. It holds the audience, reveals its soul slowly and keeps some secrets even after the end.

The salon-sized audience on opening night wanted to talk on about the story and characters. If you value exceptional writing and powerful drama over trappings in the theatre, please stay up late and see this if you see nothing else for the year.