Shake! is Umiumare’s response to the Japanese earthquake and Tsunami in 2010 and it tosses the physical and emotional devastation of the disaster into a blender with hope and the desire for a brighter, lighter future.

The idea of shaking ranges from convulsions to tantrums, panic, obsession, love, dance and sex.

The show is riddled with the social satire that characterises both Butoh and cabaret-burlesque, in scathing criticism of corporations and government or gently barbed, comical scenes about parenting, businessmen or love.
Read more »
Posted by Kate Herbert at 12:19 No comments:

She introduces herself in various languages, all translating as, “Hello, my name is Nicola”, then leads us through an inspired agenda of activities including a community walk, life drawing, knitting, karaoke and scrabble.

The cheerful first half keeps us guessing at what Gunn will do next, and the warm, joyful ending almost allows one to forgive the slightly flabby middle section, although Gunn will lose those who loath audience participation or crave more theatricality.

Gunn’s sense of the absurd is bracing and we all leave wearing a broad smile and with an experience of communicating with strangers in a hearty and positive way.

Posted by Kate Herbert at 11:21 No comments: 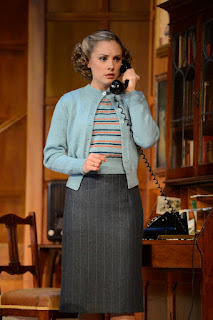 Christie Sullivan as Mollie Ralston in the Mousetrap

The Mousetrap by Agatha Christie is certainly a peculiar theatrical creature. It has run for 60 years on the West End in London and is now touring countries all over the globe, including this Australia touring production.

You’ve gotta love a whodunit and a whodunit by Agatha Christie has to be the top of the pops for crime mysteries.

The Mousetrap is arch, silly and very old-fashioned (in the nicest possible way), with quirky characters, plenty of clues, red herrings, without bloody violence. 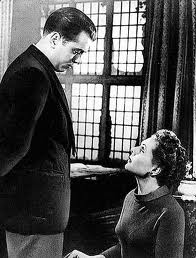 The plot resembles that of Ten Little Niggers and Murder On The Orient Express. Eight people are isolated in a snowbound guesthouse in the countryside far from London when the radio announces a murder in London and that police are looking for suspect wearing a dark coat, light scarf and felt hat and most of the guests fit this description.

This production, directed with humour and respect by Gary Young, is at its best when played straight, without any sense of the actors commenting on the oddity of their characters or parodying the period and the style.