Chitty won the audience’s appreciation by a country mile, leaving them gaping in childlike astonishment as this glossy, 1920s vehicle, carrying the human stars of the show, spread its orange wings and flew into a glittering night sky.

Hobson carries the Sherman brothers’ songs beautifully – particularly the title tune – but, although his dancing is surprisingly competent, his acting is limited, his dialogue uncomfortable, he lacks the clown skill required for the physical comedy, and he looks more startled than eccentric.

Rachael Beck, as Truly Scrumptious, Potts’ aptly named love interest, is pert and delicious with a warm, pretty voice, and her rendition of Doll On A Music Box, with its duet with Hobson as a jack in the box, is a sweet highlight.

The first half is slow to get cracking, but the comedic duo, George Kapiniaris and Todd Goddard as the Vulgarian spies, Goran and Boris, provide big laughs, as do a scampering rabble of scruffy dogs and a line of panting runners who are repeatedly passed by Chitty on the road.

The second half is completely stolen by the exceptional vocal talent and impeccable comic delivery and timing of Jennifer Vuletic as the haughty Baroness Bomburst of Vulgaria, singing the silly love duet Chu–Chi Face and leading the chorus in The Bombie Samba.

Vuletic shifts hilariously from sexy lover, to heartless child-hater then into a whimpering mess at any mention of the “c” word – children.

Alan Brough is entertainingly childlike as her husband, Baron Bomburst, a teutonic man-child who adores toys and blowing things up, but Brough’s character lacks the contrasting bombastic militarism that ironically highlights his naïvete.

The Sherman brothers’ musical styles include 1900s music hall, lullabies, latin beats, children’s songs and peppy dance tunes, but the most memorable is the title song.

James Bond creator, Ian Fleming’s children’s book morphed into the 1968 movie written by Roald Dahl which was subsequently adapted in 2002 by Jeremy Sams and Ray Roderick for this stage production.

Families who loved Mary Poppins and its songs by the Shermans will enjoy this production, but Chitty Chitty Bang Bang lacks the array of award-winning, unforgettable songs, electrifying dance routines and magical characters that hallmark Poppins. 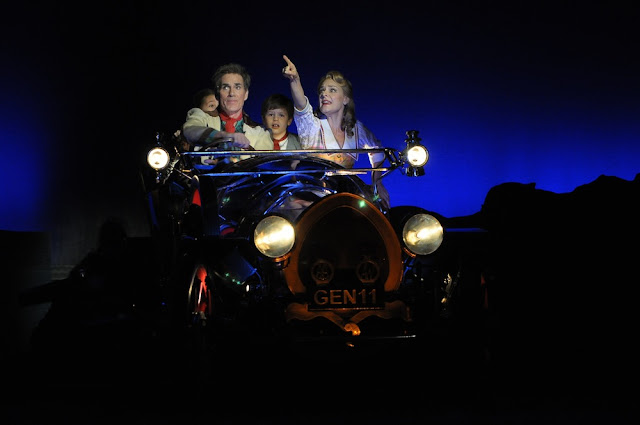 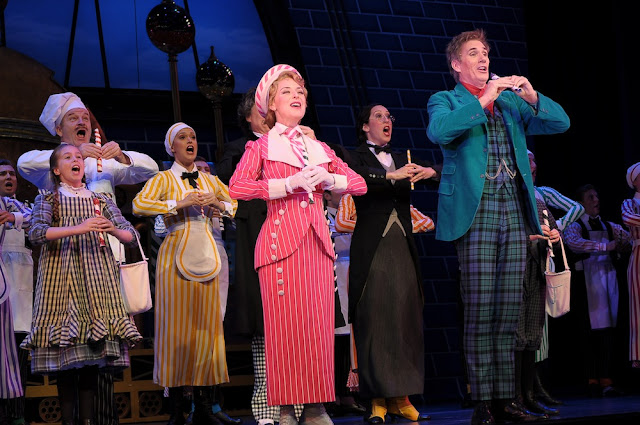 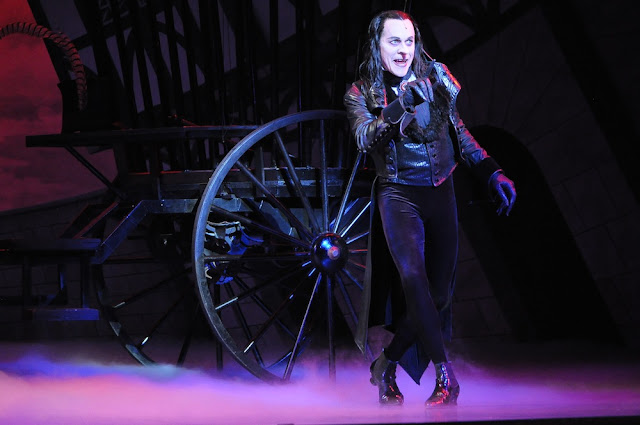 Posted by Kate Herbert at 11:46 No comments:

Glenn Elston’s playful, accessible Romeo and Juliet demands no prior knowledge of Shakespeare, so those who never see his plays inside a theatre can enjoy a night under the stars with a blanket, a chardonnay and friends.

The trees in the Botanical Gardens glow purple behind the classical façade of a palazzo in Verona where the star-crossed lovers live out their tragic, teenage romance.

Romeo and Juliet, one of Shakespeare’s great tragedies, is about two warring families, the Capulets – Juliet’s family – and the Montagues – Romeo’s kin.
-->
The young couple is the heart of the story and Jamieson Caldwell’s Romeo is an attractive, athletic, boyish and passionate youth, steeped in a romantic, poetic view of love and, like any lovesick adolescent, lacking confidence in seduction.

Madeleine Field as Juliet is pretty and intense, but a little too sophisticated, arch and sexually confident – like a modern schoolgirl – and her performance often looks studied, melodramatic and disconnected from Shakespeare’s text.

The first half of Elston’s production is light-hearted and littered with topical, contemporary jokes, boyish horseplay from Romeo and his pals, and good-humoured teasing and participation with the audience.

As night settles over the gardens, the second half shifts tone, becoming darker and more ominous, with perilous swordplay, tragic errors of judgement and deaths.

Scott Jackson plays Romeo’s jovial but doomed pal, Mercutio, with an edge of mischievous taunting and physicality and an unusual hint of campery, while Chris Asimos is an ardent and dangerous Tybalt.

Seeing Romeo and Juliet in the intense pressure cooker of a theatre can be overwhelming so, in this garden setting and with some playful additions to the text, the pressure is off the audience who can lie back, sip a wine, and enjoy. 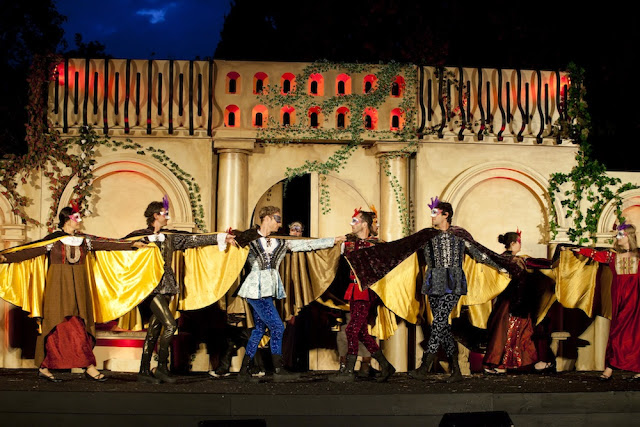