Laurence Connor's inspired UK Arena production of Jesus Christ Superstar catapults the story of Jesus into the 21st century with the momentum and urgency of a youthful, political revolution.

Forster's versatile voice is thrilling and impassioned singing the rock anthem, Gethsemane, but he is equally compelling singing ballads with warmth and subtlety.

The final Crucifixion is remarkable and moving with Forster stripped, beaten and bleeding, then hoisted high on a metal grid while Judas leads a frenzied chorus celebrating Jesus’ death.

Tim Minchin’s voice and performance are impeccable and his Judas is charismatic, sympathetic and strangely alluring, considering the much-maligned Judas betrays Jesus to the Pharisees.

His rendition of Superstar is bold and fervent, and the scene of Judas’s Death is the most poignant moment in the production.

Ex-Spice Girl, Melanie Chisholm (Mel C), is affecting as the hapless Mary Magdalene singing I Don’t Know How to Love Him.

Jon Stevens is a seductive Pontius Pilate, and the exceptional power of his gravelly, rock voice singing Trial Before Pilate exposes Pilate as a weak, political animal easily swayed by public opinion.

Leon Craig (Replacing the injured Andrew O’Keefe) is a riot playing King Herod as a grinning, glitzy TV host who whips the crowd into a frenzy then declares Jesus a fraud after a TV poll.

On a stage design that includes imposing stone steps and projections of government and derelict buildings, songs such as What’s The Buzz, Hosanna, The Temple and Superstar assume contemporary significance and have resonances of the 2009 London riots and other rebellions.

Lloyd Webber’s music is dynamic, vibrant and eclectic in style and, with Time Rice’s cunning lyrics, the songs advance the narrative and illuminate the characters as only great music theatre can do. Kudos to the two creators. 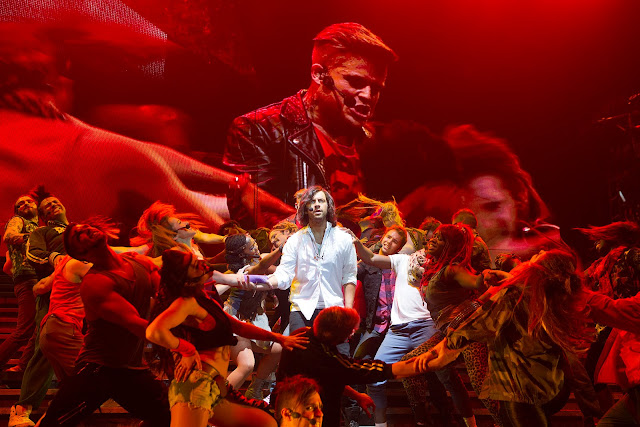 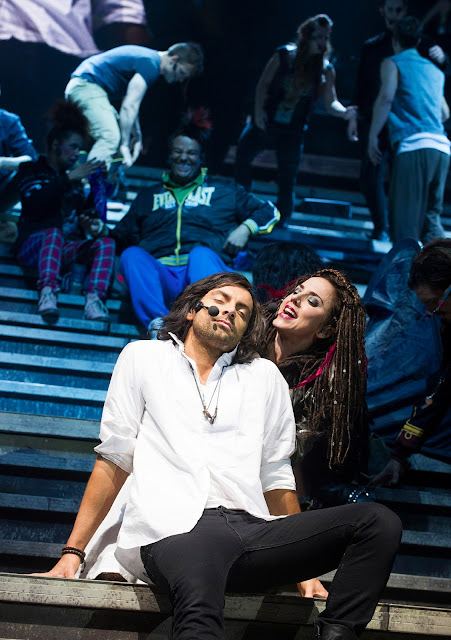 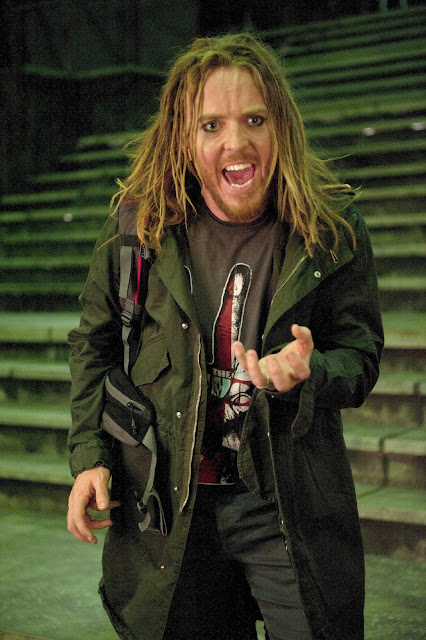 Posted by Kate Herbert at 12:20 No comments: