It is 20 years since I saw Einstein on the Beach, but it is still strange and mesmerising – and an endurance event at four and a half hours. 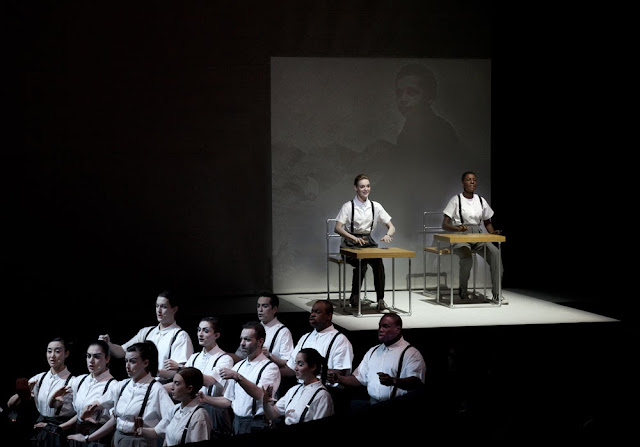 But take heart, perseverance pays with Einstein, and audience members may come and go as they please during four acts that are linked by short, eccentric scenes called Knee Plays.

Einstein manages to be both intensely accessible and totally alienating at different moments.

Einstein himself appears only occasionally as a fluffy-haired violinist (Antoine Silverman) or a projected photograph, but the piece channels his exceptional mind with references to space, time, motion, gravity, the bomb, trains, algebraic calculations and the philosophical nature of physics.

My old reviews uploaded from 2000

For those who are interested, I am slowly uploading all my past reviews onto this blog.

In the next months, I should have every review I've ever written uploaded. I'm feeling exhausted already!

Posted by Kate Herbert at 08:47 No comments: 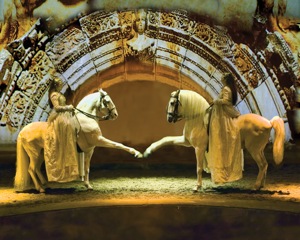 
Cavalia will leave you gaping at its exuberant, elegant and thrilling celebration of the beauty, grace and muscularity of horses and humans.

Inside an enormous White Big Top, gentle, mesmerising, lyrical acts counterpoint audacious, red-blooded feats of speed and dexterity that are all performed amongst atmospheric video projections providing landscape and story.

Created by Normand Latourelle (co-creator of Cirque du Soleil) and directed by Erick Villeneuve with their Quebec-based company, Cavalia is an inspired and original production that boldly explores the boundaries of equestrian and circus entertainment.

The astonishing thing is that this company of 48 horses and 36 humans displays jaw-dropping virtuosity while still engaging the audience with their charm and direct communication.

The program includes exceptional riding, masterly ground and aerial acrobatics, eclectic dance and evocative live music with the flavours of Spain and France. 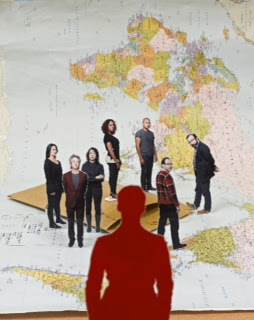 White Rabbit, Red Rabbit may well be the proverbial Actor’s Nightmare come true in which an actor must perform a play that she has never read and about which she knows nothing – I mean, nothing at all!

The element of risk is high for the actor, and this both titillates and terrifies the audience during the performance of Iranian writer, Nassim Soleimanpour’s bold, experimental play.

Catherine McClements is the first actor to play the role (every night the script is read by a different actor) and a slight tremor of excitement and trepidation travels from her to the audience as she reads Soleimanpour’s instructions and narration.

I must not reveal the content because it will ruin it for viewers and actors alike but, from the moment McClements opens the sealed envelope containing the script, the piece is engaging and accessible, often funny, sometimes menacing and involves some gentle audience participation. 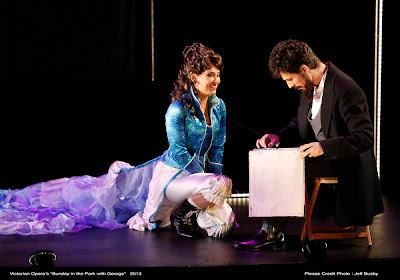 Alexander Lewis as George and Christina O’Neill as Dot; pic by Jeff Busby

Watching Sunday In The Park With George is like peeking inside the artist George Seurat’s mind to discover how his painting is created.
Seurat’s impressionist-pointilist masterpiece, A Sunday on La Grande Jatte, provides the design, characters and style for this unusual and challenging musical created by genius composer-lyricist Stephen Sondheim with librettist James Lapine.

This Victorian Opera production, directed by Stuart Maunder and conducted by Phoebe Briggs, captures the beauty and musical eccentricity of Sondheim’s music and lyrics, but the scenes, characters and dialogue do not always balance or meet the quality of the music and singing.

Lewis’s voice is often thrilling, O’Neill is charming, and the chorus is exhilarating in Sunday, The Day Off, Putting It Together, and the witty It’s Hot Up Here.

But the performers’ opera and musical theatre vocal and acting styles are out of balance, there are flat patches between songs, the acting is uneven and performers are moved awkwardly around the stage.

Act One, set in 1884, focuses on the struggling painter, George (Alexander Lewis), as he prepares his major work, painting studies of his lover, Dot (Christina O’Neill), and other characters on La Grande Jatte.

It is set against a luscious, colourful design (Anna Cordingley) that cunningly incorporates La Grande Jatte and other Seurat paintings, and vivid costumes styled after the characters in the painting.
Read more »
Posted by Kate Herbert at 13:22 No comments: 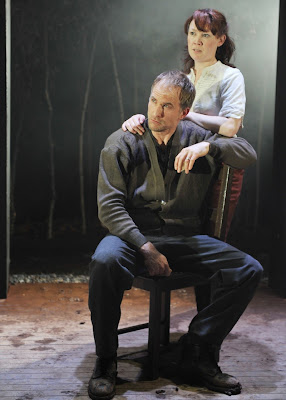 David Whiteley & Joanne Trentini
The onstage rain in Foxfinder, just like the external Melbourne winter downpour, was caused by bad luck or bad weather, not an insidious, unnatural event triggered by an infestation of foxes.

In playwright Dawn King’s fictional England, foxes are irrationally deemed to be the cause of all evils yet, despite their evident eradication, a team of bureaucratic Foxfinders investigates farmers and hunts for any remaining, sly foxes.

Kat Henry directs a strong cast (Trentini, Whiteley, Whitty, Rosie Lockhart) in King’s eerie, allegorical, 2011 play that portrays a dystopian world in which those who deny the existence or negative powers of foxes are punished as ‘collaborators’.

With a plot that echoes the witch-hunt in Arthur Miller’s play, The Crucible, Foxfinder has themes of perpetuation of false beliefs through brainwashing, fear, guilt, blame and lies, all overseen by an Orwellian Big Brother-style British nanny state.

Moira Finucane and Jackie Smith create ‘provocative variety’ that tests the audience’s boundaries and its willingness to accept spicy content and tasteful nudity.

Of course, everyone will have their favourite acts and mine is sassy, big-voiced singer, Sarah Ward, and her audacious, cabaret alter ego, Yana Alana, the diva with the fever.

In gowns of silver, red or blue lamè, this voluptuous chanteuse grabs the crowd by the throat in her duet with Finucane then comically outrages us with her lascivious, suggestive Song About Cats.

But her tour de force is the finale when the boisterous Yana Alana belts out Don’t Leave Me This Way while the cast dance with the crowd.

In The Sovereign Wife, Sisters Grimm delivers a bizarre, irreverent and furiously entertaining conflation of styles, anachronisms and characters in drag that is expected from this inimitable, queer theatre company.

Declan Greene’s production, set on the 19th century Ballarat goldfields, looks like a Victorian melodrama colliding with a 21st century drag show, and its great strength is that it never takes itself seriously.

Over three acts, the play charts the life of naive, Irish immigrant, Moira O’Flaherty, as she struggles to survive the goldfields, her marriage and a cunning enemy who returns to plague her.

The crowd goes wild when the impish O’Connor first appears on stage clutching a pug, and her virtuoso performance as Rose deserves every cheer that follows.

Although inspired by the life of sophisticated stripper, Gypsy Rose Lee (Christina Tan), this landmark musical spotlights her ruthlessly ambitious stage mother, Rose, as she forges a career in Vaudeville for her daughters, Louise/Gypsy (Tan) and June (Gemma-Ashley Kaplan).

O’Connor portrays the bossy, driven Rose with compassion and humour, not depicting her as a monster, but rather as a feisty lioness ensuring the survival of her cubs.

Her Rose is a bold, doll-like, mischievous clown with a big personality, an even bigger voice and some genuinely hilarious physical comedy.

It is delicious to witness O’Connor’s consummate, nuanced and detailed performance of songs including Some People, the thrilling Everything’s Coming Up Roses, and her hilariously wicked chorus routine in Mr. Goldstone. 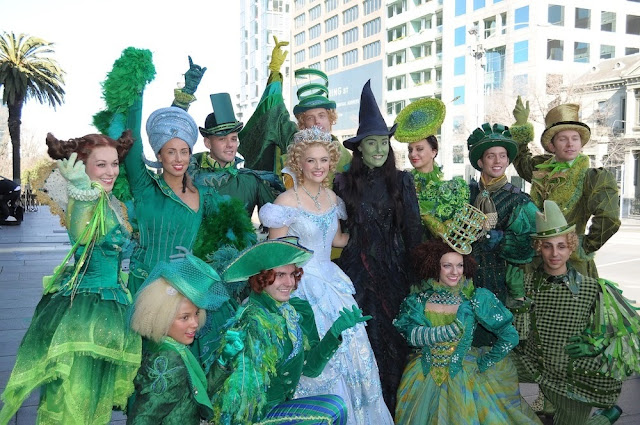 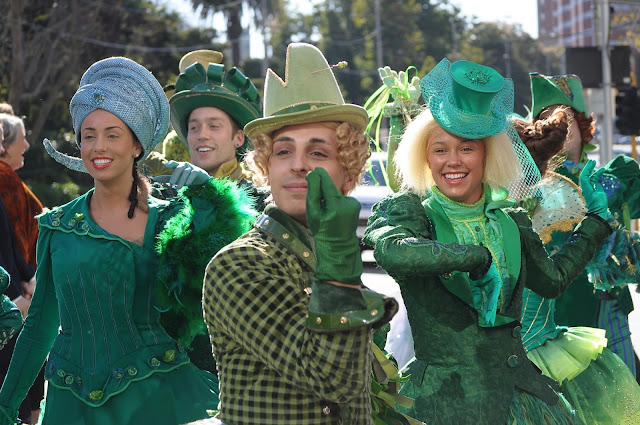 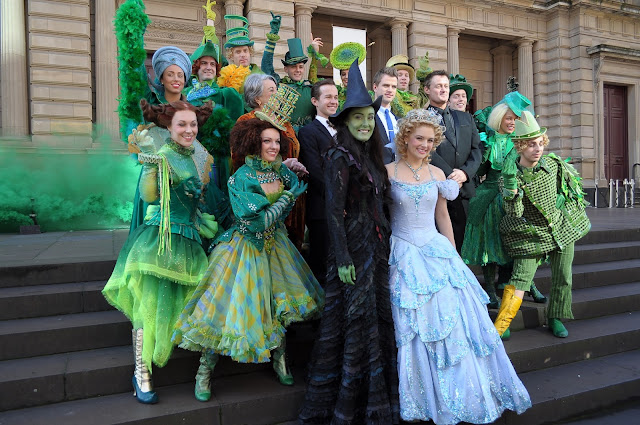 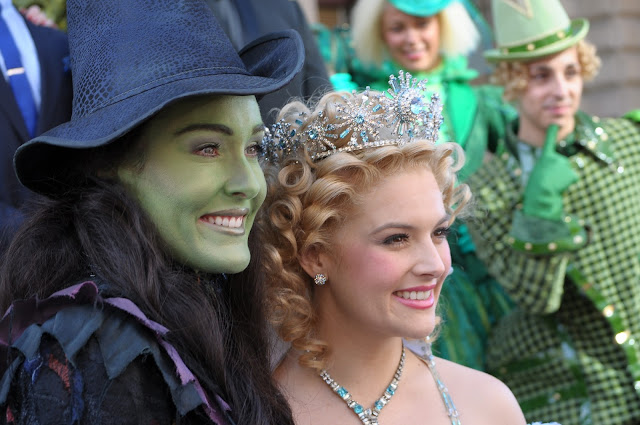 Posted by Kate Herbert at 17:07 No comments: