By Mike Bartlett, Melbourne Theatre Company
Fairfax Studio, Arts Centre Melbourne, and Feb 13 until Mar 22, 2014
Reviewer: Kate Herbert on Feb 13
Stars:**
This review was NOT written for, or published in the Herald Sun. Sorry it took so long to publish here. KH 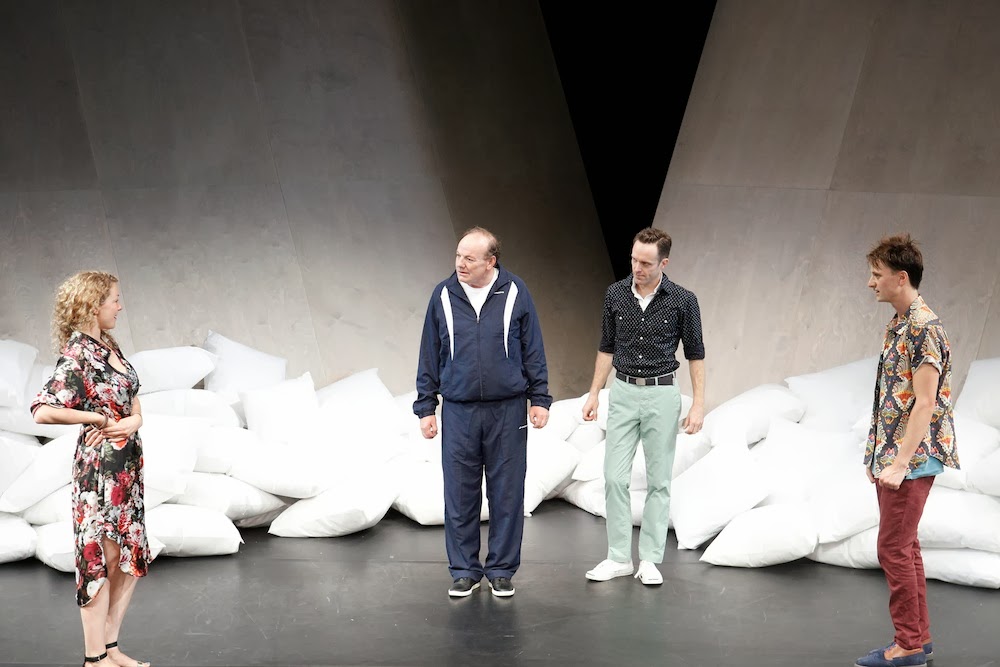 The title of this play made me think of James May on Top Gear, when he stacks a Bugatti Veyron, sighing with exasperation and exclaiming, “Oh, cock!”

But Mike Bartlett’s play with its childishly provocative title, Cock, (attention-grabbing anyone!) lacks even the wit and complexity of May’s blunt expletive.

A love triangle with a twist is no novelty – except when it involves a man who cannot choose between another man and a woman.

Cock is indulgent and repetitive with thoroughly dislikeable characters that spend their time bullying each other or simpering and whining and repeating the same until the end.

Leticia Cáceres’ production is awkward and colourless (surprising given its content) and the static and unimaginative direction and stilted performances do nothing to enhance Bartlett’s repetitive and adolescent script.

Bartlett’s glib dialogue is repetitive and riddled with clumsy interruptions, unfinished sentences and unresolved thoughts that do not illuminate the characters, relationships or issues.

What About Me! Who's a critic now!

I rarely ask for feedback on my reviews/review style, but  I'd appreciate an opinion from those who read some or all of my reviews.

There is some debate going on about styles of criticism and the role of the critic in a review etc.  but I don't want to lead you into certain areas of commentary.

Let me know what you think about my writing!
Kate 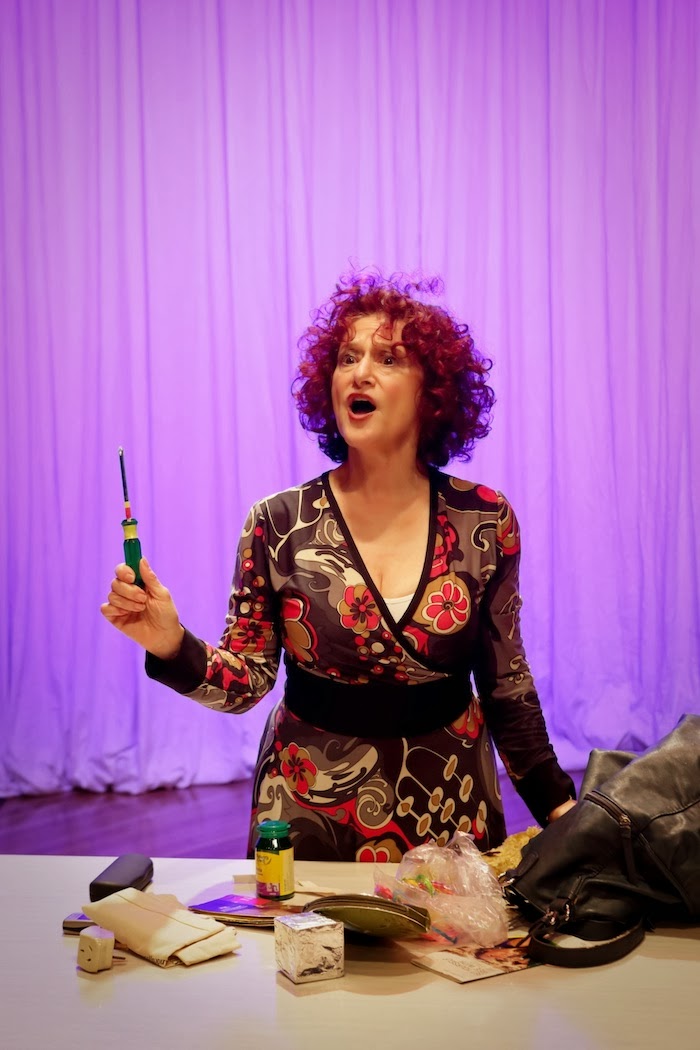 
It is a joy and a privilege to watch Evelyn Krape on stage in More Female Parts, performing updated, rebooted and aged versions of characters that she originally performed in the 80s.

This piece is based on Fo and Rame’s original monologue about a frenetic, young mum, but Hardy’s piece is a satirical, political biting commentary on the shrinking workplace for older Australians, the chauvinism of employers and their obsession with youth. Sigh!

The second piece, Penthouse Woman 2044, is comical but grimmer, as Krape portrays a woman incarcerated by her absent husband in her plush apartment where she communicates through a talking computer while her husband keeps her under 24 hour surveillance.

Krape’s intensity, combined with her brittle comedy, makes this a disturbing glimpse into the life and mind of a woman who is oppressed by not only her controlling husband, but her own fears.

The final work, Hip Op, based on Fo and Rame’s The Same Old Story, sees Krape as narrator of a fairy tale about a little girl who leaves her gingerbread house, her ordinary parents and awful big sister to make her mark in the Ivory Tower of academia and in the big corporate world.

This allegorical tale is another political statement, this time about women hitting the glass ceiling in the workplace, and Krape is hilarious playing the quirky characters, especially the girl’s wickedly scatological dolly who guides her on her journey.

Lois Ellis’s direction highlights Krape’s comic skills but the production could be more imaginatively staged and could tighten up the inordinately long scene changes between the first two stories.

Krape is a magnetic performer and a stalwart of Melbourne theatre who we see infrequently on stage these days. Directors, take heed. 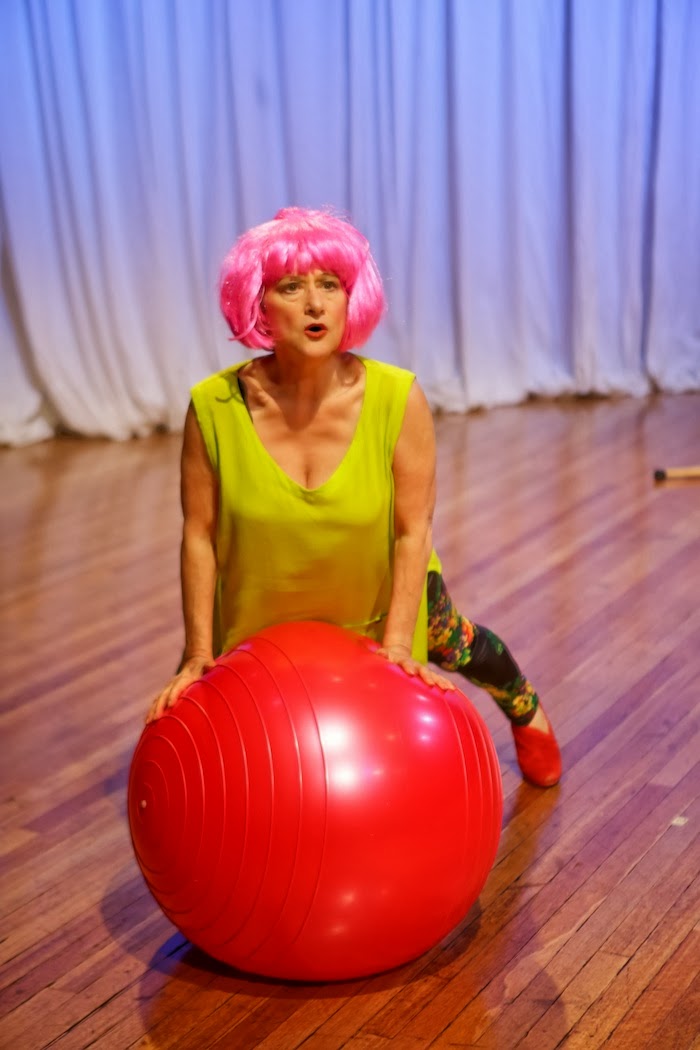 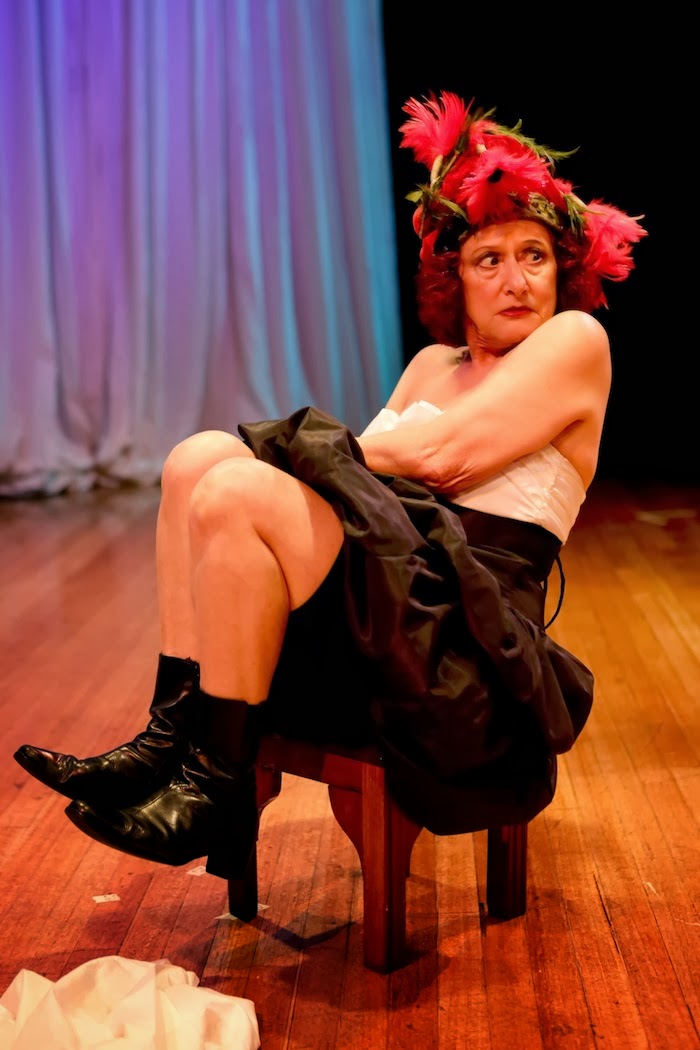 Posted by Kate Herbert at 14:58 No comments: 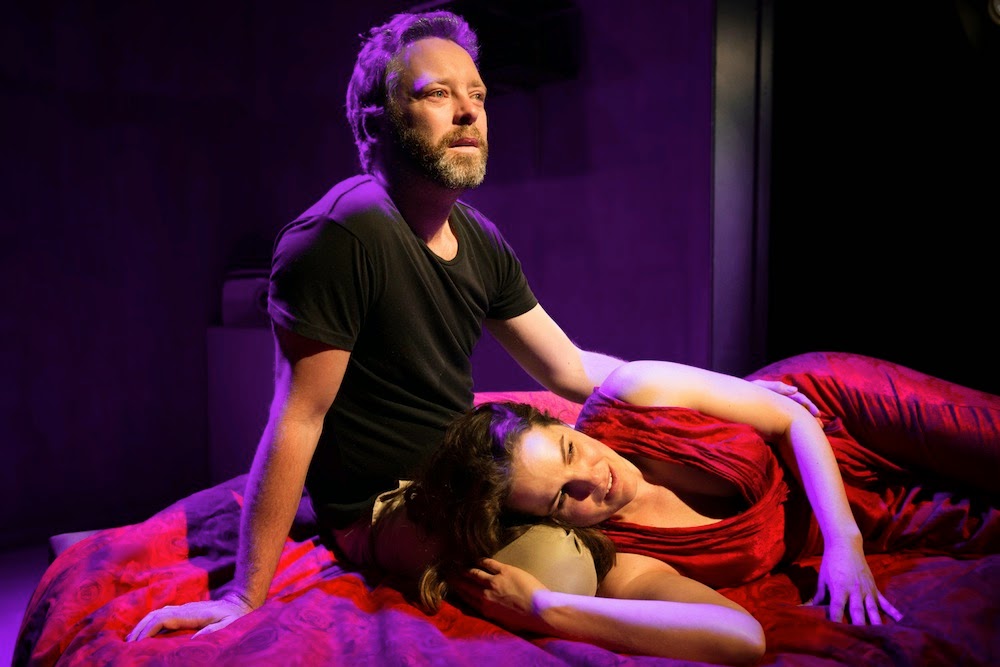 Brett Cousins & Kate Cole in Out Of The Water. Pic David Parker


Falling in love can be gentle and comforting but it can also be desperate and ravenous, as Polly and Graham find out when they reunite in Brooke Berman’s play, Out of The Water.

Kate Cole is satisfyingly unpredictable and feisty as Polly, the New York cafe-owner who tumbles into a torrid affair with her former stepbrother, Graham, who is played with vulnerability and restraint by Brett Cousins.

15 years ago, Polly’s mother divorced Graham’s unpleasant father, but the pair collide at Graham’s dad’s funeral in Liberty, Iowa, where Graham lives with his deluded, depressed Christian wife and his family.

Despite their former, mutual loathing and vastly divergent lifestyles and beliefs, Polly and Graham’s loneliness and need for intimacy launch them into a passionate, emotionally dangerous and inevitably foolhardy liaison.

When Graham’s conservative, Jesus-loving, teenage daughter, Cat, (Emily Milledge) arrives to retrieve her dad, it is evident that the relationship is doomed and Polly cannot haul Graham out of the water to save him from drowning in his own life.

The problem for Polly is that she cannot save herself from drowning either.

Berman’s loosely allegorical references to Odysseus being held captive for years by the nymph, Calypso, are tenuous, unnecessary and inaccurate, given that Graham pursued Polly to New York and stayed by choice, despite her protestations.

The performances are nuanced and engaging, and director, Nadia Tass, skilfully focuses on the complex emotional layers that are buried beneath these three, confused and needy characters.

Berman’s episodic structure allows time to pass as Polly and Graham’s affair evolves from rampant lust to joyful, but still passionate domesticity, however the long scene changes that Tass carefully masks with music, become tedious after a while.

There is a sense of foreboding throughout for the couple whose need for connection makes them clutch at each other to save themselves from isolation – in a marriage in Graham’s case, and in a teeming city for Polly.

Out of The Water is a snapshot of a love affair that will resonate with many people who risked their hearts on a hopeless love.
By Kate Herbert
Nadia Tass - Director
Brett Cousins as Graham
Kate Cole as Polly
Emily Milledge as Cat
Posted by Kate Herbert at 14:16 No comments: