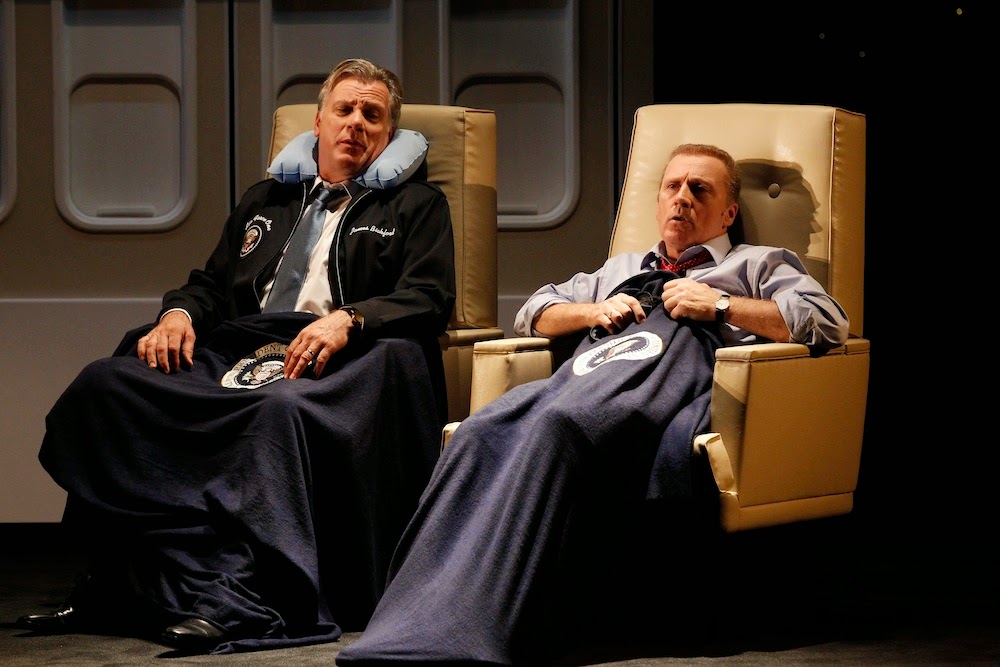 If you are expecting The Speechmaker to be a scathing satire of US politics you will be disappointed, because its comedy is far less penetrating.

The script employs a certain comical cynicism, but it looks like farce or extended sketch comedy, which reflects the background of writers, Santo Cilauro, Tom Gleisner and Rob Sitch, who are renowned for their clever, television comedy shows.

However, the play lacks the complex layers and corrosive, political commentary of the extraordinary UK satire, The Thick Of It, which mocks the British government so blisteringly, or the incisive character observations of Max Gillies or John Clark.

US President, James Bickford (Erik Thomson), boards Air Force One with his entourage of fawning micro-managers after his Christmas speech, styled by a reality TV director (Toby Truslove), starts trending on Twitter.

On board, the President’s image machine takes flight as his advisors devise increasingly mad and manipulative ways of elevating his status, until the Defence Secretary (David James) and his professorial Under-Secretary (Lachy Hulme) reveal the most bizarre and, until now, secret strategy.

The Speechmaker is entertaining and its single, ethical dilemma (no spoiler here) has promise for a political comedy, but the narrative lacks complexity and its trajectory leads to a predictable ending.

Director, Sam Strong, casts an impressive collection of television and stage performers who enjoy the cut and thrust of the fast, comic dialogue.

But, strangely, the production fails to engage and the audience response at curtain was tepid.

The first 30 minutes is the weakest, with too much farcical rushing about and moving of furniture, although, by the middle of the play, the more serious issues take hold and focus the action and characters.

Rather than challenging the audience with its issues, the play leaves one wanting more penetrating satirical analysis of political corruption, empire building, secret deals, king making, image marketing and control of the news cycle.

Almost all members of the President’s entourage are portrayed as corporate hacks or mono-cultural idiots who don’t know where Bulgaria is on the map, who think the whole world is Christian, value form over content and reality TV over truth.

The characters are two-dimensional cyphers or mouthpieces for particular, jokey clichés about Americans, apart from Nicholas Bell’s Chief of Staff, who is the sole voice of reason and ethics.

Although it is called The Speechmaker, the President’s two speeches that bookend the play are simplistic and manufactured – albeit intentionally.

What we crave is a perfectly wrought, political speech (think of Aaron Sorkin’s inspired speech writing in West Wing) that justifies the public being duped by this puppet president but also masks his shallowness and duplicity.

Despite its capable cast, the light entertainment of The Speechmaker is ultimately unsatisfying and the issues it raises fade to vapour overnight.
by Kate Herbert 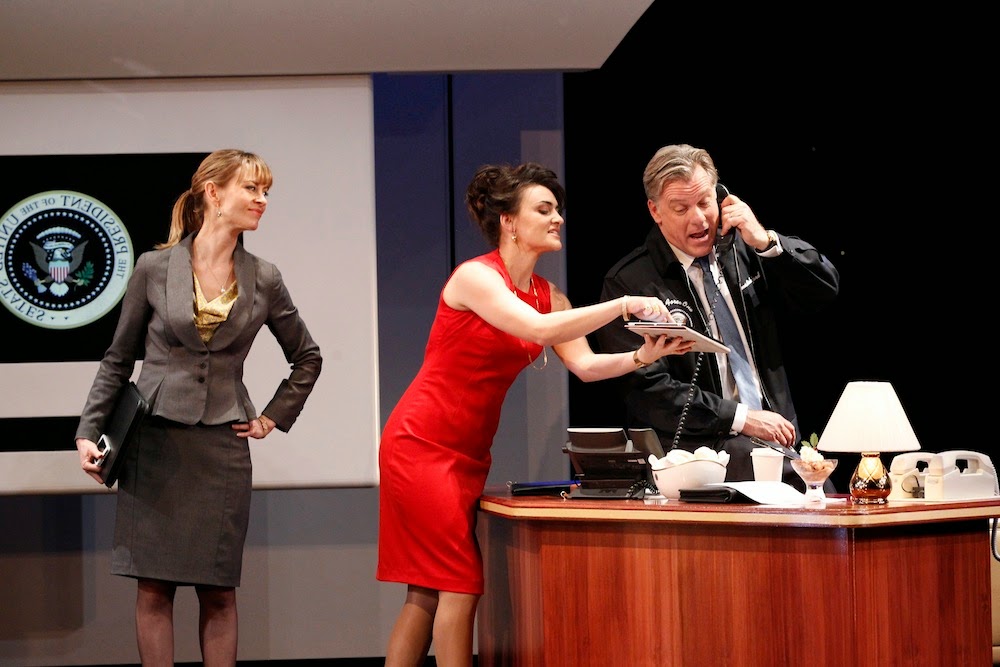