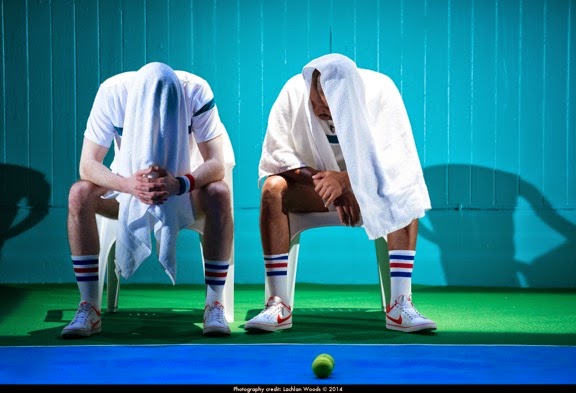 You are not alone if you think of temper tantrums on a tennis court when you hear the name, John McEnroe, AKA The Prince of Petulance.

I Heart John McEnroe is an entertaining collage of playful parody and paper-thin psycho-analysis of that notoriously temperamental, US tennis champion.

On a realistic, green tennis court surface littered with tennis balls, five performers channel aspects of McEnroe’s personality and episodes from his life while exploring their own relationship to anger and their attitude to that much-criticised player.

Director, Clare Watson, devised the production with her talented cast: Natasha Herbert, Bert LaBonté, Luke Mullins, Katherine Tonkin and child performer, Ivy Miller, who is the voice of reason when the others chuck childish, McEnroe tantrums.

The structure of the piece is episodic, incorporating short vignettes and dialogues about McEnroe with crisp, movement sequences based on his recognisable gestures as he angrily criticises the umpire’s decisions.

The adult actors shift from playing McEnroe to playing themselves as they confront their own anger or taunt other actors to trigger angry outbursts in each other.

I haven't seen this yet but I am a great fan of Nicola Gunn's work. See it. KH 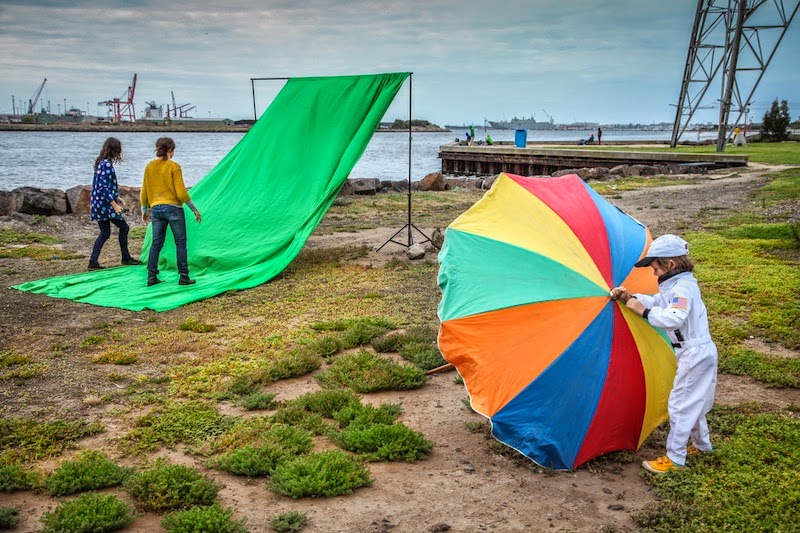 From Media Release:
So, tell me about yourself. What do you do? Part-careers expo,
part-social experiment, Green Screen is a show about the
way we work and how we are in the world.


Stars: ****
Review will apear in full after publication in Herald Sun online on Monday July 28, 2014. It will then appear in print. KH 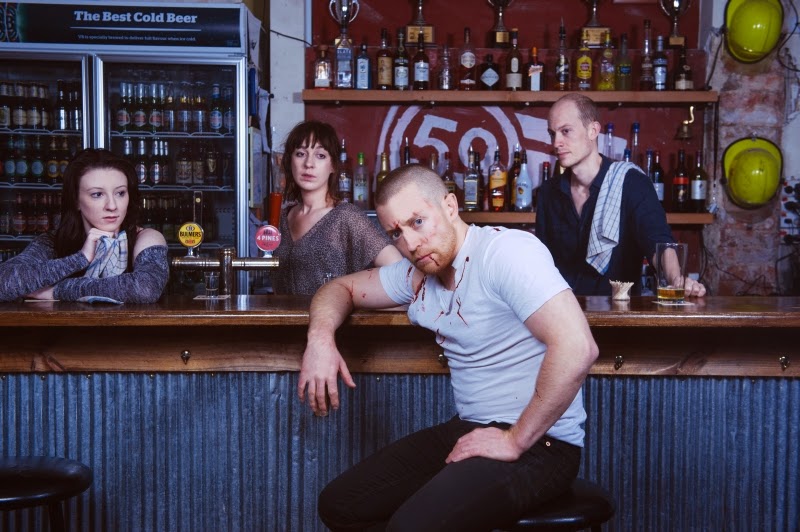 
The stage is a perilous place in Glory Dazed, Cat Jones’ short play about an English soldier whose war trauma drives him to bursts of violent rage.

Ray (Andre de Vanny), a stouthearted, working-class Northerner, is so desperate to win back his ex-wife, Carla (Emily Goddard), that he locks the doors to their local pub in order to force Carla to take him back.

It is a dangerous game that Ray is playing but he has no clear plan because he is in a state of confusion and is driven by anger, fear and despair.

This is a fine ensemble production with compelling performances from the four cast members who explore both the danger and humour that bubble in the pressure cooker that is the pub.

Greg Carroll’s direction is bold and assured, ensuring that the action has a powerful dynamic range and that the pace and rhythm have an almost tidal variation.

By Geoffrey Atherden
Comedy Theatre, Melbourne, until Aug 24, 2014
Reviewer: Kate Herbert
Stars:***
A shorter version of this review went online in NEWS, Herald Sun at 9.50pm on Thurs July 24 and will be in print on Arts pages on Monday July 28, 2014. KH 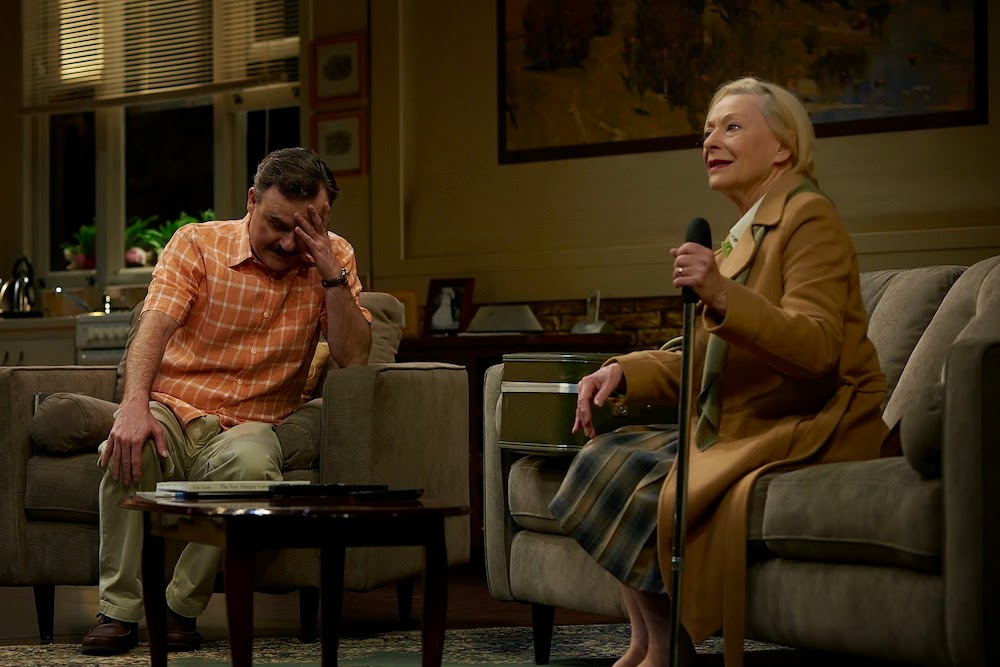 If you have ever felt a twinge of antipathy towards a parent, spare a thought for poor, beleaguered Arthur Beare whose mother has held him an emotional hostage for his entire adult life.

In a flurry of excitement, nostalgia and laughter, Maggie and Arthur Beare are back in the house – literally – in this newly minted, stage version of Mother and Son, Geoffrey Atherden’s acerbic, 1980s, Australian sit-com.

These two much-loved characters are reincarnated live on stage by Noeline Brown (Maggie) and Darren Gilshenan (Arthur), whose consummate comic skills do justice to these treasured characters originally brought to life by Ruth Cracknell and Garry McDonald.

Atherden’s intimate family comedy, directed by Roger Hodgman, is naturalistic, identification theatre with characters that are still relevant in 2014 and dialogue that is sharp-witted and well observed.

The comedy relies on the maddeningly dysfunctional but predictable relationship between lonely and frustrated Arthur and his manipulative, carping mum, Maggie.

Arthur gets no support but a lot of excuses from his successful, selfish and deceitful brother, Robert (Shane Jacobson), the dentist, and Robert’s mouthy, snobbish wife, Liz (Nicki Wendt), with her ever-so-slightly affected vowels and sassy manner.

Brown is achingly funny and exasperating as Maggie, the mother of all mothers, whose days revolve around keeping Arthur tied to her apron strings with her expert emotional blackmail, complaints, intrusiveness and real (or often fake) forgetfulness.

Blend some New York gangsters and gamblers with showgirls and missionaries, toss in some romance and songs, and you get Frank Loesser’s inimitable Guys and Dolls.

This 1950 musical is based on Damon Runyon’s gritty, underworld stories but is seasoned with Loesser’s witty lyrics and singable tunes, and earthy dialogue and book by Joe Swerling and Abe Burrows.

The story is a classic Romeo and Juliet tale of two lovers from the opposing worlds of petty crime and the temperance society.

As Sarah Brown, the prim, pious Save Our Souls gal, Verity Hunt-Ballard shifts effortlessly from prissy preaching to riotous, drunken salsa dancing in Havana and her versatile voice is clear and pretty singing If I Were A Bell. 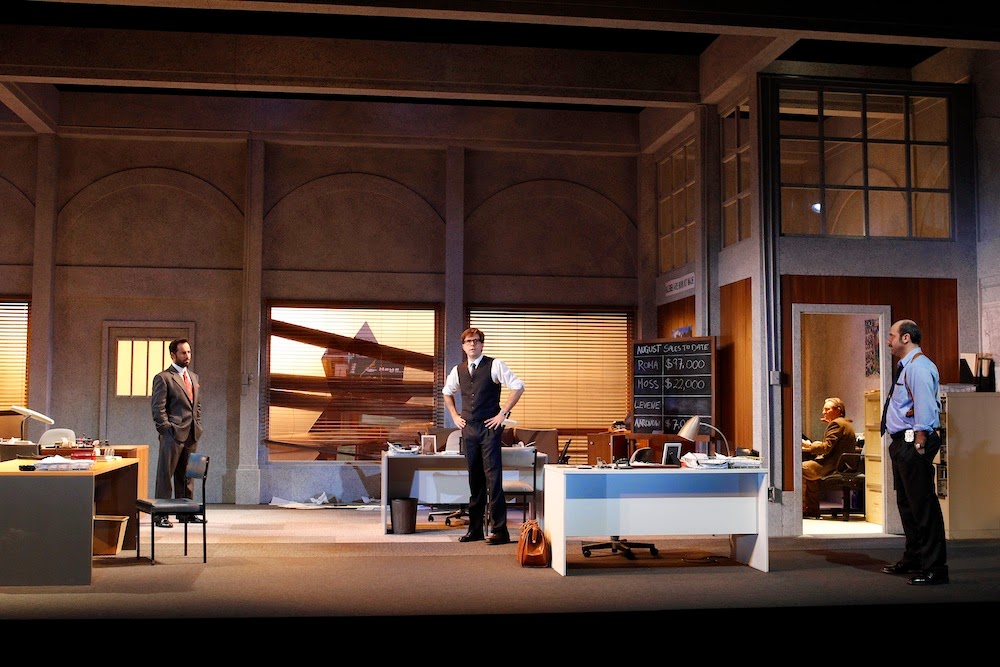 The dramatic action in David Mamet’s plays is driven by his gritty characters and scarifying dialogue.

In Glengarry Glen Ross, Mamet penetrates the world of shonky, real estate salesmen in Chicago during the early 1980s, characterising these men as desperate, brutal con artists who deceive and manipulate both their unwitting clients and colleagues.

The Florida real estate market is foundering, useful client ‘leads’ have dried up and those salesmen who cannot close contracts and make a buck will be fired by the absentee company directors.

This is a callous world that is dominated by aggressive men whose constant streams of expletives and searing invective burn like hot gravel on skin.

Greg Stone is outstanding as Moss, the resentful, disaffected and vitriolic middle-aged salesman who has a dangerous plan to beat the bosses at their own game.

Alex Dimitriades is compelling and audacious as the ruthless young winner, Roma, who would sell his own children for a profit, and Brett Cousins gives an assured performance as Lingk, Roma’s obliging and timid, new client. 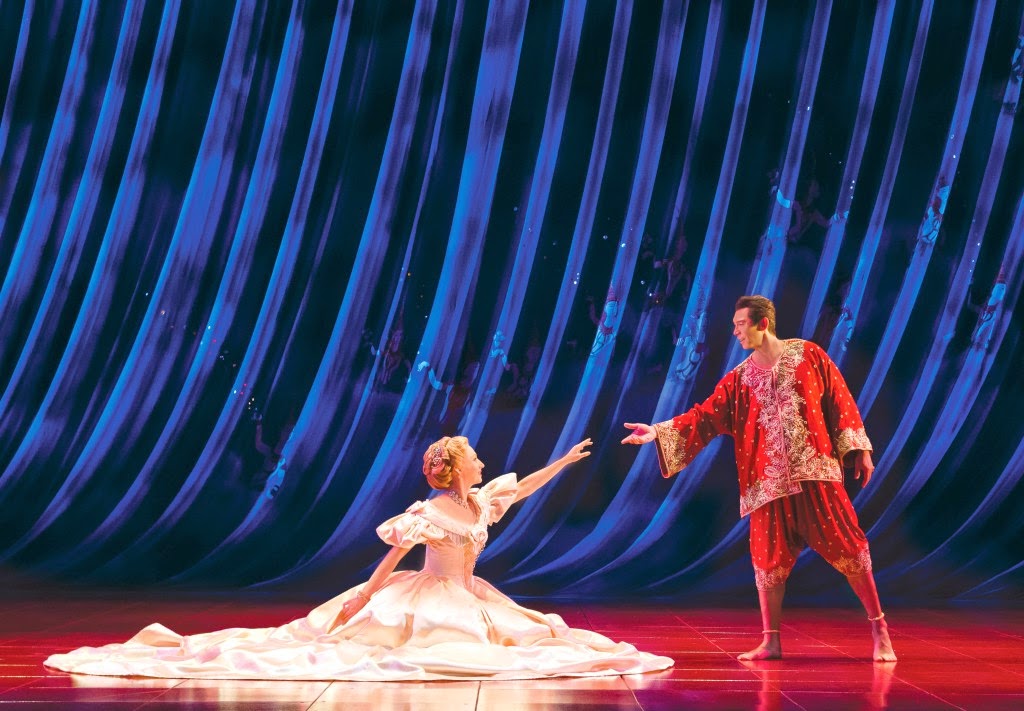 
There’s a new King of Siam in town and it is Lou Diamond Phillips who brings his own style of deliciously playful and boastful posturing to the role.

Phillips, who recently replaced the injured Jason Scott Lee, paces the stage like a prowling lion, portraying this man-child King with a sassy edginess and volatility that makes the character more than a little sexy and dangerous.

It is easy to understand the sensual frisson between Mrs. Anna (Lisa McCune) and the King because Phillips’ King is lovable despite, but also because of, his swaggering arrogance and vanity.

McCune is elegant and warm as Anna Leonowens, the English schoolteacher that the King invites to educate his family in English language and customs.

Their mutual attraction is tangible when the King and Anna dance a lively polka during Shall We Dance?

Phillips’ versatility is evident in the contrast between his clever, comic delivery and the moving final scene when the King is weakened by illness. 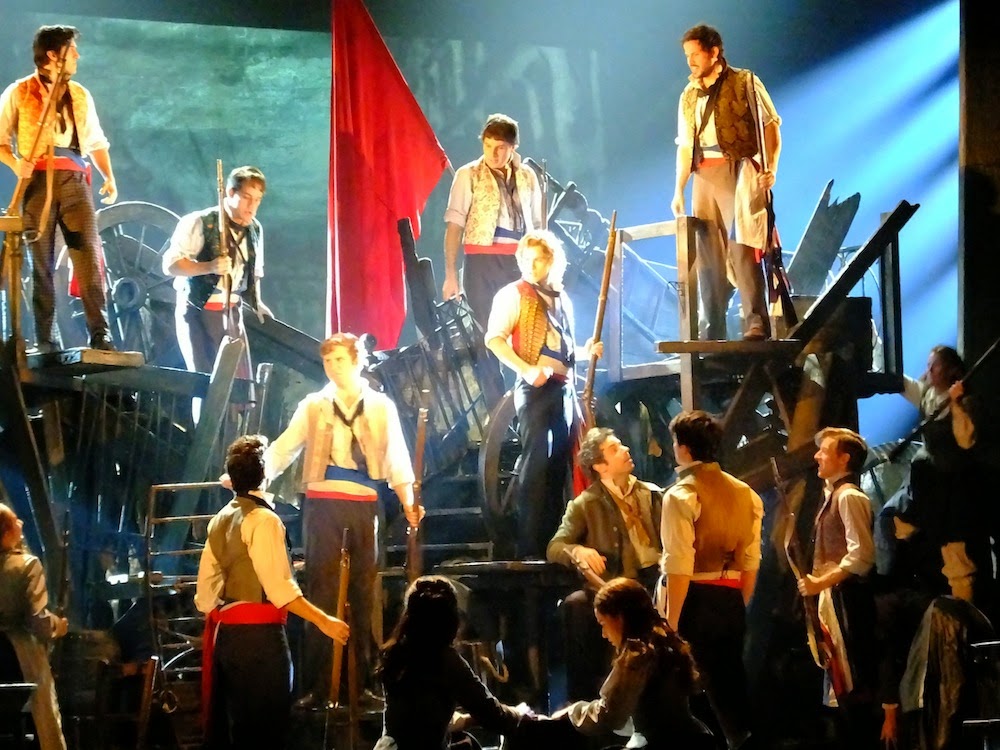 The excitement and anticipation are palpable amongst the glitterati at the opening night of Sir Cameron Mackintosh’s new production of Les Misérables in Melbourne, the undisputed music theatre capital of Australia.

Laurence Connor and James Powell revitalise Les Mis with their assured direction and inventive vision, introducing a new design concept and a consummate Australian cast to rival those in the West End or Broadway.

This show is a musical and theatrical triumph thanks to Claude-Michel Shönberg’s soaring, orchestral music, a repertoire of unforgettable, passionate songs and evocative lyrics performed by exceptional voices.

Les Mis has an operatic grandeur, not only because it is sung through without spoken dialogue, but because of its swelling choruses and heart wrenching solos.


All photos below by Joe Calleri 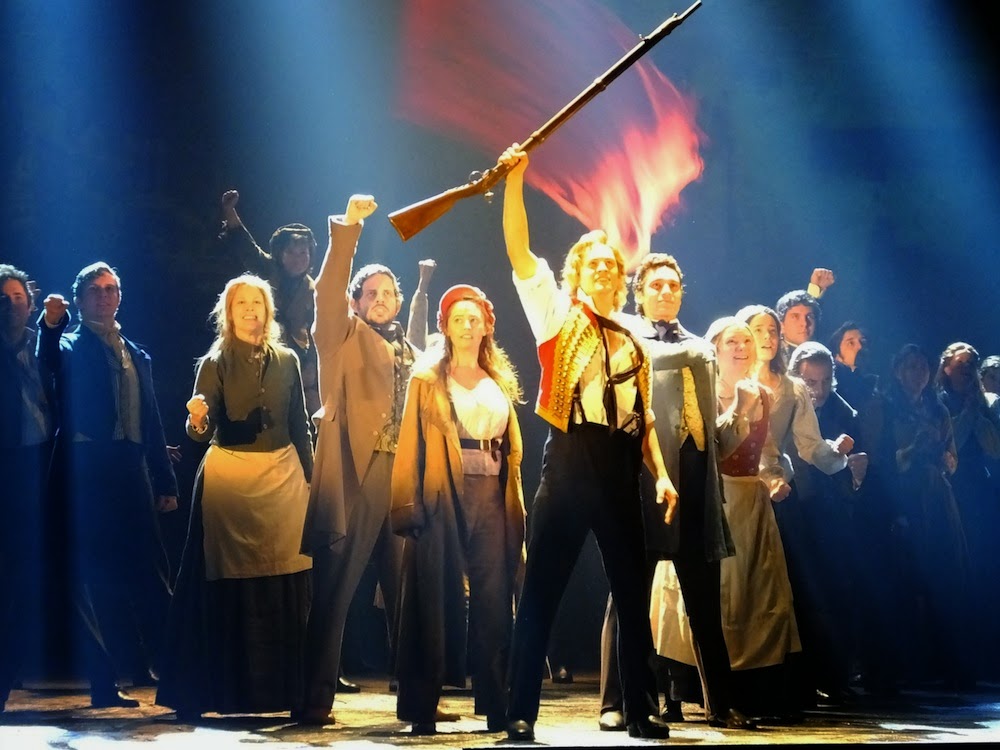 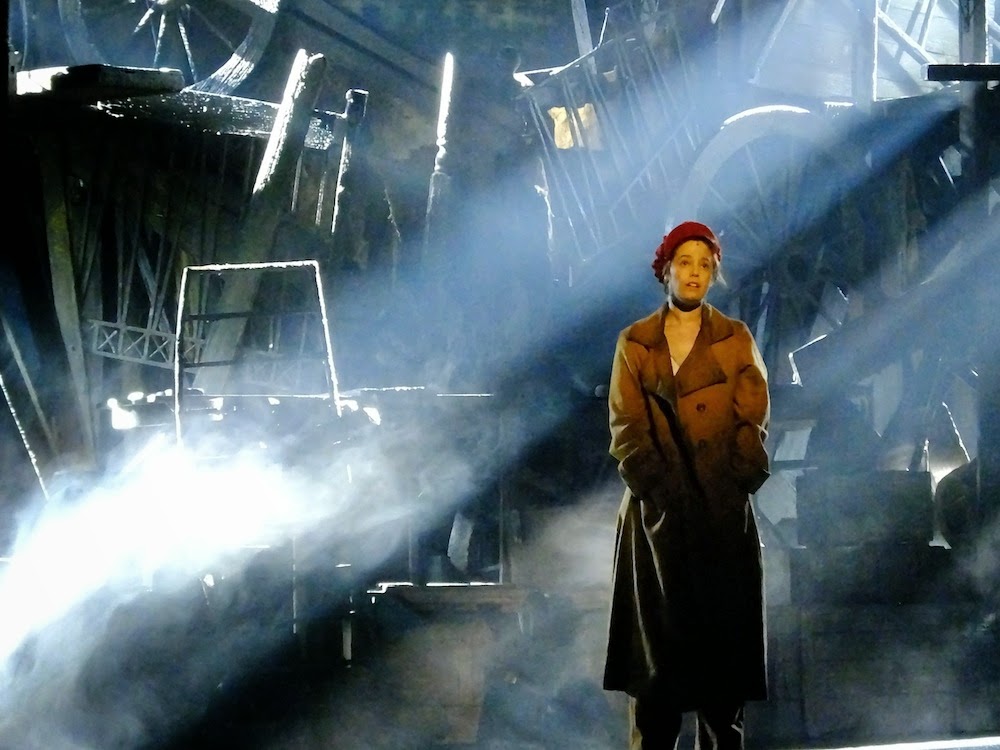 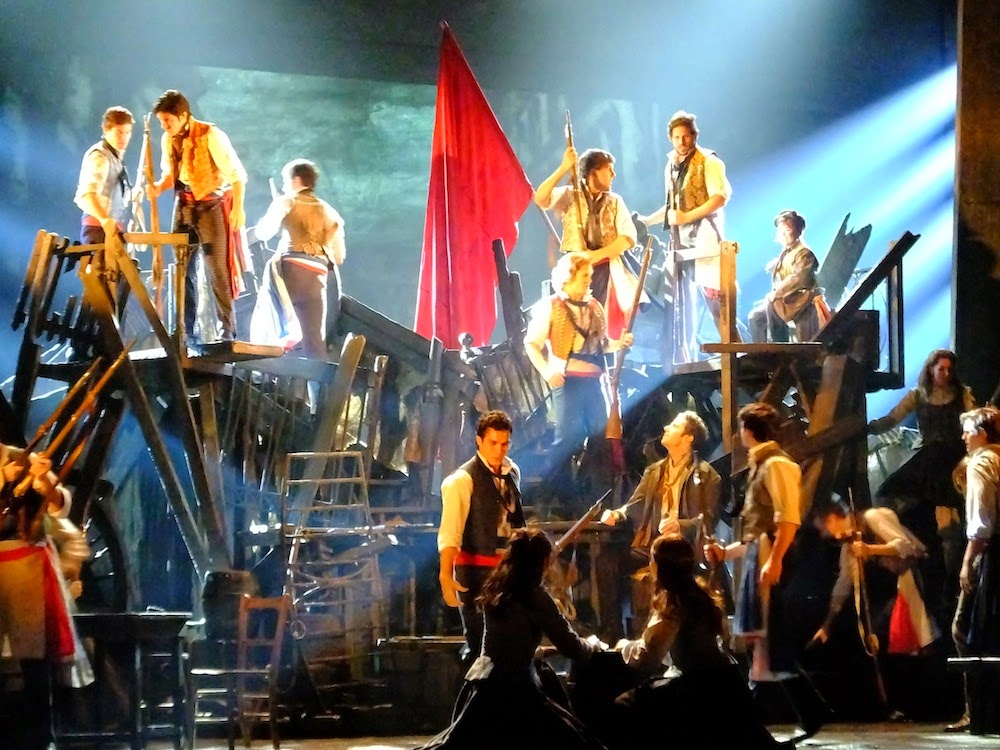