Some years I’m overwhelmed by the array of astounding and virtuosic, 5-star productions staged in Melbourne but, in 2014, I recall only one that ticks all the excellence boxes.

That musical and theatrical triumph is the revitalised production of Les Miserables with its operatic grandeur, epic story and Claude-Michel Shönberg’s soaring, orchestral music. 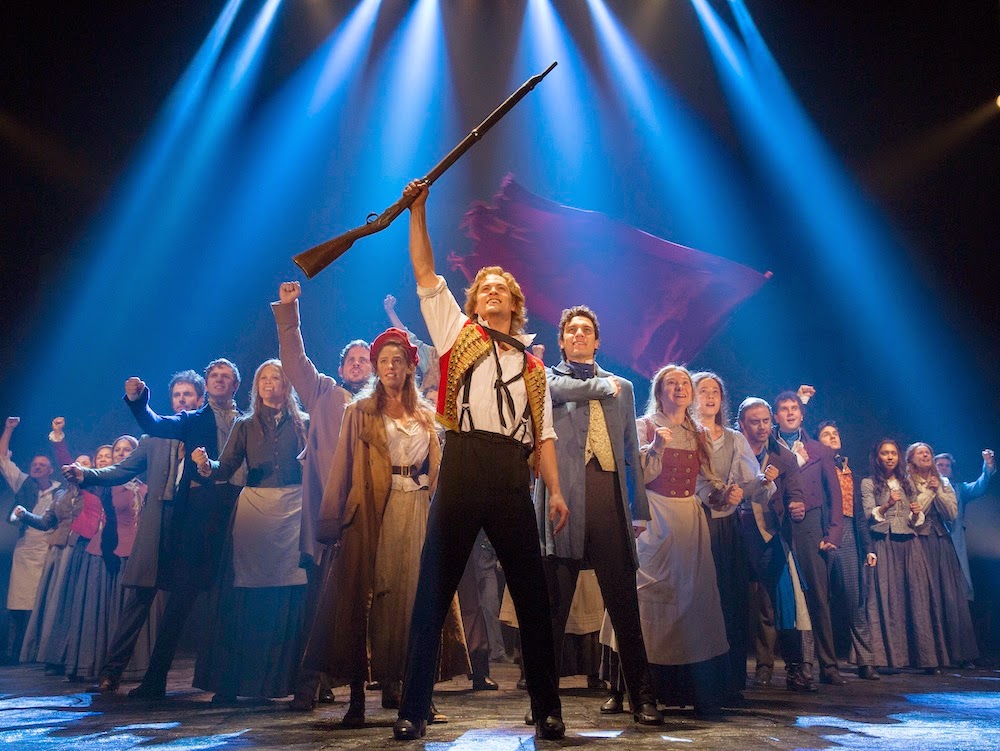 Close behind on 4 and a half stars is Once, a jewel of a musical that makes you want to go home and hug your loved ones. I saw Once twice! 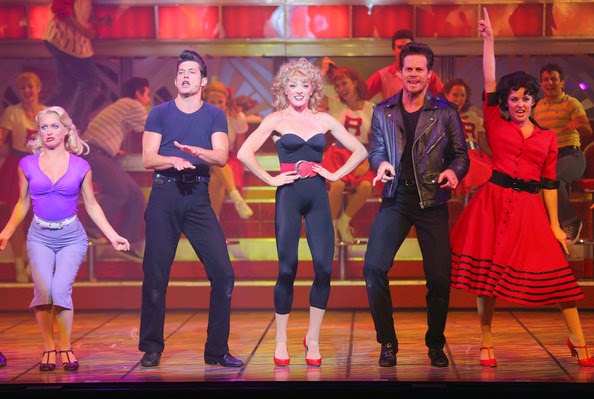 Haul out the Brylcreem and your ol’ 45s then rev up the Chevy because the rockers and greasers, bobbysoxers and cheerleaders are back in Grease Is The Word.

David Gilmore’s peppy production has matured in the year since we last saw it and the highlights of are still Arlene Phillips’ musical staging and choreography and the searingly hot band under musical director Peter Casey.

Grease is a teen love story set in the fictitious, Rydell High School in 1955 in USA when teenagers were asserting their independence with rock and roll and permissive behaviour.

Mills and Scarlett lead the chorus of T-Birds (boys) and Pink Ladies (girls) in a vivacious version of Summer Nights and their finale of You’re The One That I Want is raunchy and vibrant.

Scarlett’s versatile voice is both sweet and bold in the romantic ballad, Hopelessly Devoted To You, while Mills’ bright vocal tones are well suited to his solo, Sandy.

The chorus numbers, Grease Is The Word and Shakin’ At the High School Hop, are effervescent and vivid with tight vocal arrangements while Hand Jive Hop has the added delight of 70’s pop star, John Paul Young, as Johnny Casino.