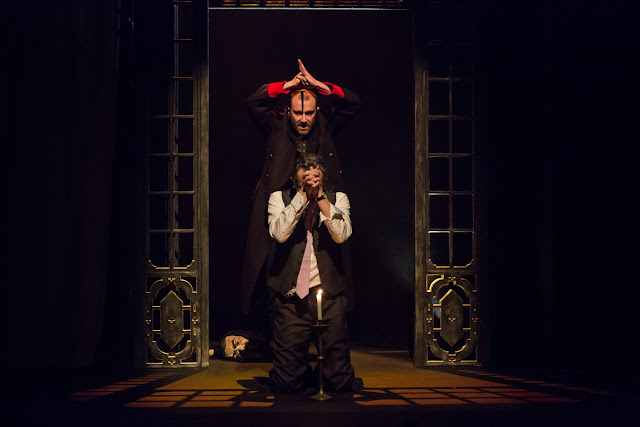 Any company staging Shakespeare’s masterful tragedy, Hamlet, confronts an intimidating history of exceptional productions, unhelpful comparisons, high expectations, and the challenge of finding a novel interpretation of a play that has been analysed to its last word.

Prince Hamlet’s (Josh McConville) Denmark is a country riddled with internal and external conflict, secrets and lies, the consequence being that no one trusts anyone.

In his production, director, Damien Ryan, pushes the boundaries of this inherent mistrust and deception, depicting Denmark as a Stasi-like police state with its royal palace of Elsinore littered with eavesdroppers, bugging devices and spies.

Hamlet’s character is intricate and his behaviour is often illogical or contradictory, but his introspection, self-doubt, vanity, intelligence and self-righteousness are catalysts for some of Shakespeare’s most achingly beautiful speeches.

McConville is unexpected casting for the role of Hamlet and his interpretation is often surprising and offbeat, giving Hamlet the manner of a smart but scruffy street brat rather than an entitled, rich brat.

He is a feisty and unpredictable Hamlet who is often entertainingly impish and playful, but his physical clowning undercuts the dramatic tension of scenes such as the final, poisonous fencing match against Laertes (Michael Wahr).

It appears that experiments that may have worked in rehearsal have interfered with the meaning of the play and fail to illuminate the character, the result being that McConville’s performance sometimes looks unbalanced or contrived.

Sean O’Shea is compelling and convincing as Claudius, a smiling villain whose good cheer masks a private paranoia that he will be unseated from his newly obtained throne.

Some unusual casting choices detract from the production; casting women as the soldiers on the parapets (Julia Ohannessian, Catherine Terracini) diminishes any sense of the collapse of male courage in the face of the supernatural.

Making the Player King a woman (Terracini) changes his camaraderie with Hamlet and, in the dramatic reenactment of Hamlet’s father’s murder, it reduces the acerbic parody of Claudius and Gertrude (Doris Younane) and the sexual tension between them.

Matilda Ridgway plays Ophelia as a modern, opinionated girl with no apparent weakness of mind but this makes her collapse into madness unlikely and ultimately unconvincing.

Although the ghost scene is not spooky, the final scene is not tragic and Polonius’ (Philip Dodd) murder looks like a scuffle, this production will appeal to an audience that wants a new, capricious Hamlet that refuses to take its lead from past interpretations. 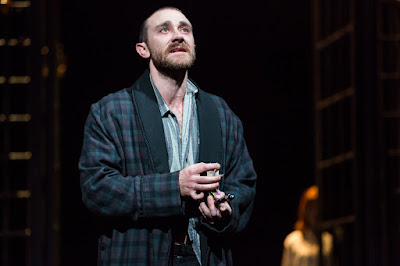