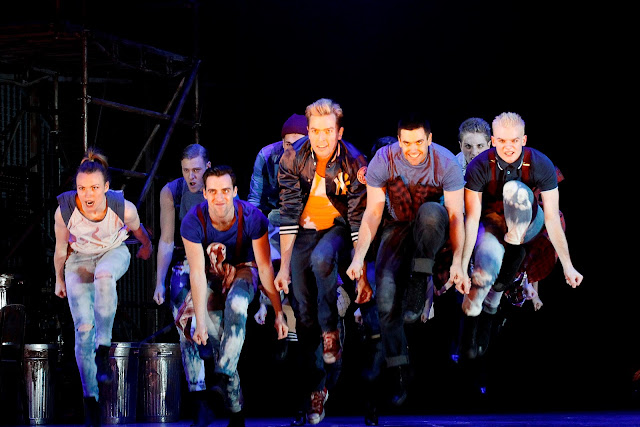 West Side Story was first staged in 1957 but is still the perfect recipe of Romeo and Juliet love story, New York hoodlums, a thrilling score, evocative lyrics and audacious choreography.

In this inspired musical set in the mid-1950s, the Upper West Side of New York is a seething hotbed of discontent, social upheaval, racial tension and territorial skirmishes between two gangs of delinquents: Jets and Sharks.

The Sharks are recent, Puerto Rican immigrants while The Jets consider themselves true Americans, despite many being second-generation migrants.

The icing on the cake is Jerome Robbins’ pulsating and ferocious choreography, recreated faithfully by Michael Ralph in this production directed by Gale Edwards.

A highlight is Robbins’ dangerous, testosterone-fuelled dance that creates a stylised but incendiary gang fight that leaves the audience gasping.

The gang war between Jets and Sharks evokes a dysfunctional, urban world powered by teenage angst, resentment of authority, unbridled passion and jealousy – a world that is still relevant today.

Anna O’Byrne’s sweet, pretty, classical vocal tone is ideal for the role of Maria, the protected, naive Puerto Rican girl who falls for Tony (Gareth Keegan), the Polish-American kid from the rival gang.

Keegan and O’Byrne’s duet of the thrilling song, Tonight, is moving and passionate while Keegan’s rendition of Maria is affecting, particularly in his upper register.

Unfortunately, there is little on-stage, sexual chemistry between Tony and Maria, so some of their songs and scenes lacking the requisite ardour, which in turn lowers the stakes for these star-crossed lovers.

Laryngitis is the natural enemy of the musical theatre performer so, when it struck Deone Zanotto before opening night, the inventive solution was for three women to play her role of Anita.

Zanotto dances the role but lip-synchs both her dialogue (spoken by Natalie Gilhome) and her songs that the talented Amanda Harrison sings off-stage.

This trio formula is astonishingly successful in the sassy and vivacious, America (I Want to Live In), when Anita, Rosalia (Bianca Baykara) and the Puerta Rican gals celebrate their new home.

Adam Fiorentino is seductive and fiery as Latino stallion, Bernardo, while Sean Mulligan plays his rival, Riff, with bravado.

Although the acting and Spanish accents are uneven and the production lacks some of the driving energy expected of West Side Story, several cameos deserve recognition, including Tony Rickards as Doc, the voice of reason, and Glaston Toft as dance host, Glad Hand.

The Jets’ chorus of Gee, Officer Krupke is entertaining because of Sondheim’s inimitable lyrics, but it is not bold enough and misses the biting, satirical edge of its social commentary.

The exceptional ingredients of West Side Story make any production almost fail-safe so this version delivers despite its few shortcomings. 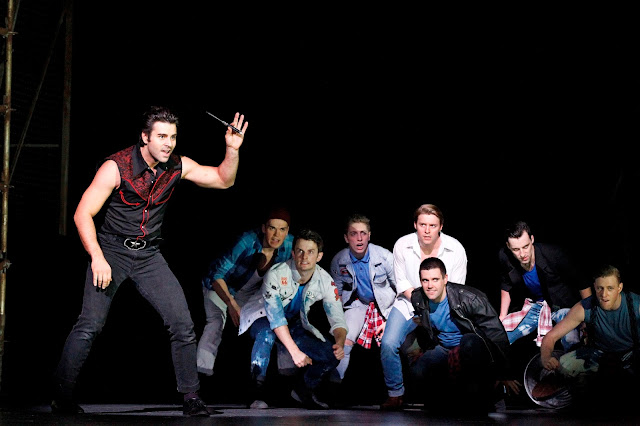 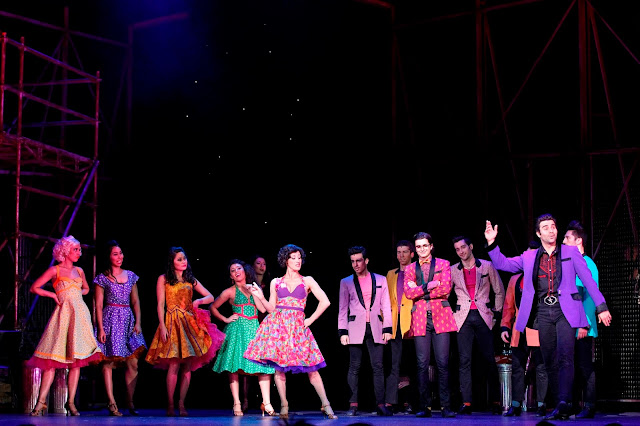 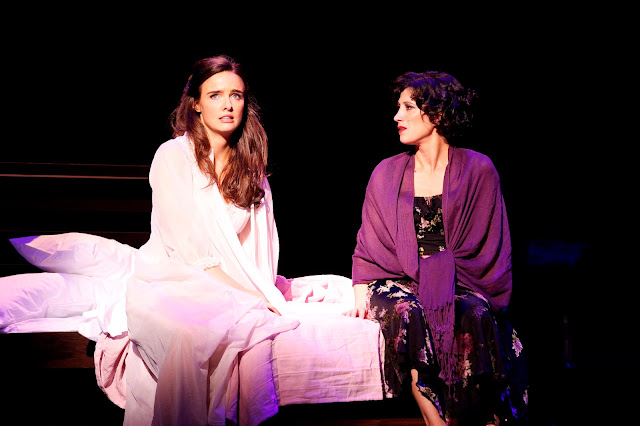 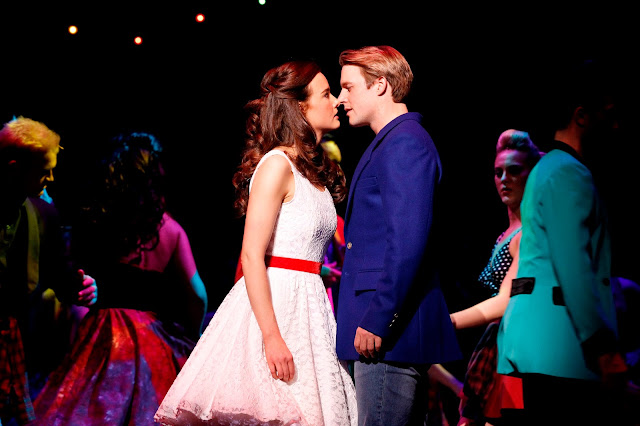