On Sunday 4 October, I will be appearing in the second episode of Foxtel's new Arts program, called EVENT.

I'm in the segment called Critics' Corner in which critics, arts editors and writers discuss what they have been seeing and reading with EVENT co-host Cassie McCullagh of ABC’s Radio National. EVENT’s main host is Deborah Hutton.

The program will run on the first Sunday of every month.  It will also, I believe,  appear on Youtube the same date.

If you are interested to see the first ep. that ran on Sun 6 October, here is the link:
https://www.youtube.com/watch?v=Z6uynor7hfc

Posted by Kate Herbert at 10:01 No comments: 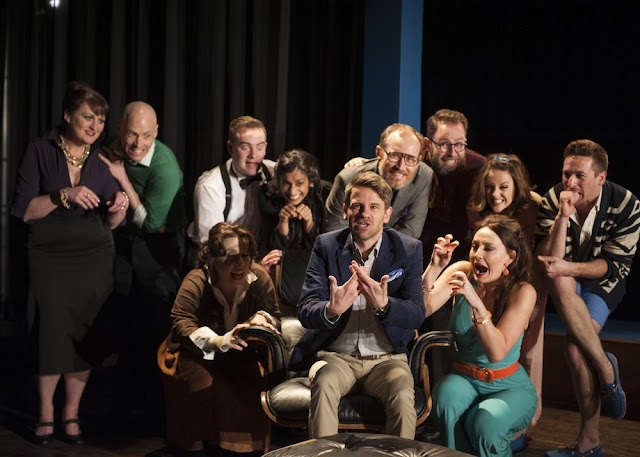 In Company, Bobby is the likeable, urbane, New York bachelor living a carefree life that is the envy of his married friends.


When these adoring pals plan a surprise party to celebrate his 35th birthday, Bobby (AKA Robert) can neither blow out the candles nor manage to make a wish. What’s wrong?

Company, with Stephen Sondheim’s pithy music and lyrics and a witty book by George Furth, won seven Tony awards in 1970, but its provocative themes about the cares and despairs of marriage and relationships still resonate today.

The musical has a non-linear narrative comprising a series of vignettes – Bobby’s thoughts and memories about dinners and parties with these five, diverse couples and a plethora of dates with three of his many girlfriends.

Nick Simpson‐Deeks has a bright but warm vocal quality and fine control in his upper register and he cleverly balances Bobby’s smart urbanity with an air of bemused childlikeness.

His rendition of Being Alive is thrilling, his Someone Is Waiting is poignant and Marry Me A Little emphasises Bobby’s naiveté and confusion about marriage.

The ensemble numbers are highlights with the title song, Company, having a rich and exhilarating quality while Side By Side By Side has a playful, almost vaudevillian style.

Some standout performances in Kat Henry’s production include Sally Bourne as the boozy, abrasive, misanthropic and wealthy Joanne, an older woman whose acerbic comments fall like acid rain on any party.

Johanna Allen is exceptionally funny and fine-voiced as Jenny, the slightly blousy ‘square’ who hilariously experiences her first marijuana high with Bobby and her husband, David (Mark Dickinson).

Carina Waye is suitably ditzy and comical as April, the airline stewardess, and Madeleine McKenzie is warm and luscious as Kathy, another of Bobby’s former lovers.

Although the acting is sometimes uneven and occasionally the group staging feels a little mechanical, the ensemble has fun playing the parade of Robert’s crazy, dysfunctional, addled and argumentative married friends and his quirky girlfriends.

The band is tight under musical director, Lucy O’Brien, and Michael Ralph’s choreography is vivacious and funny throughout, although the solo dance during instrumental, Tick-Tock, cries out for multiple dancers.

If you are a Sondheim fan, you should rush out and see Company with its idiosyncratic music, bevy of bonkers characters and witty but wise reflections on relationships in a modern world. 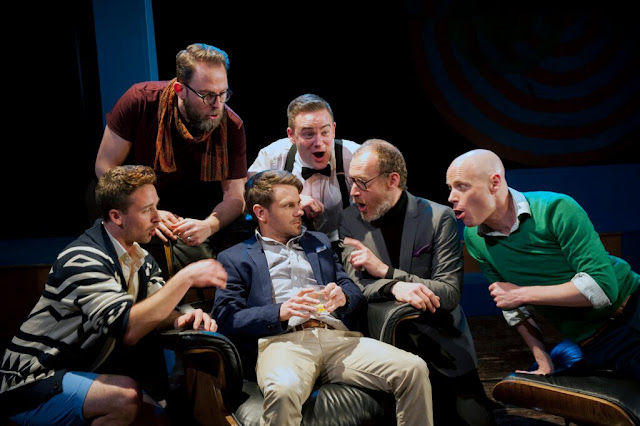 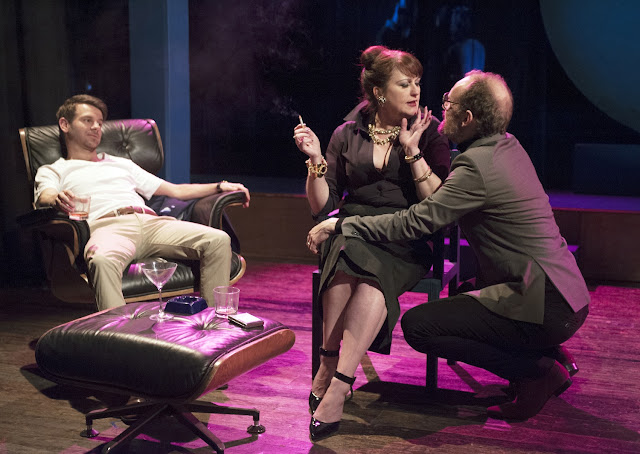 Posted by Kate Herbert at 17:13 No comments: 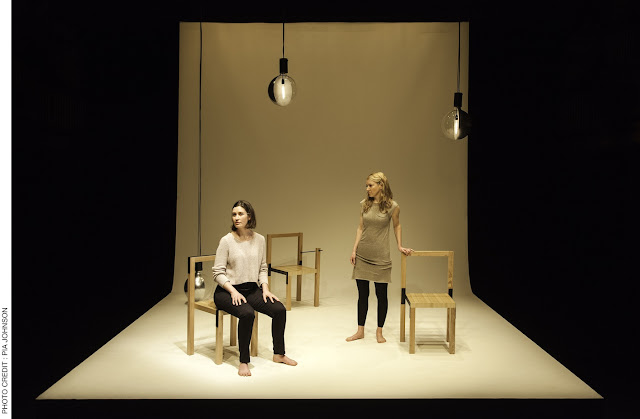 Yes, it's 30 years since we, the intrepid improvisers, comics, actors and die-hards performed the very first Theatresports Melbourne show at St. Martins Theatre in September 1985. 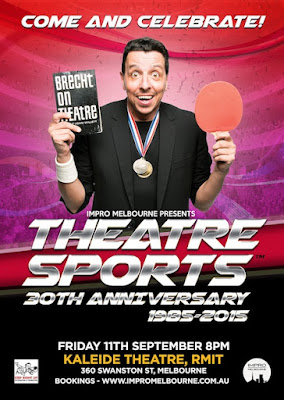 And yes, I was there as a judge on night one and then, from week two, I played Theatresports consistently for the next 20 years (!?) in Melbourne. Then I started travelling to Auckland, Canada and USA to play with my international family of improvising mates.

So, now it is 30 years later – with our aching joints and tired brains –  we are celebrating improvising and Theatresports and the joy that it brought us for all of those years and the careers it spawned in comedy, TV, radio and theatre.

I could fall on my face and be embarrassing tonight (could be fun!) but there's the beauty of improvising; if one scenes is rubbish just wait a few minutes, because the next could be astounding. 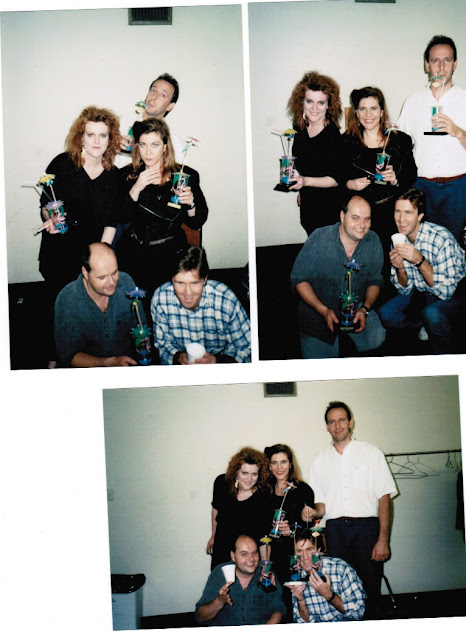 Below: pics of 4 x 4's from 1986 (I think). This was my very first team of geniuses: John Thompson, Ian Shrives, Carole Patullo and Kate Herbert. Carole and I then became The Flat Whites comedy duo for four years, 86-90. 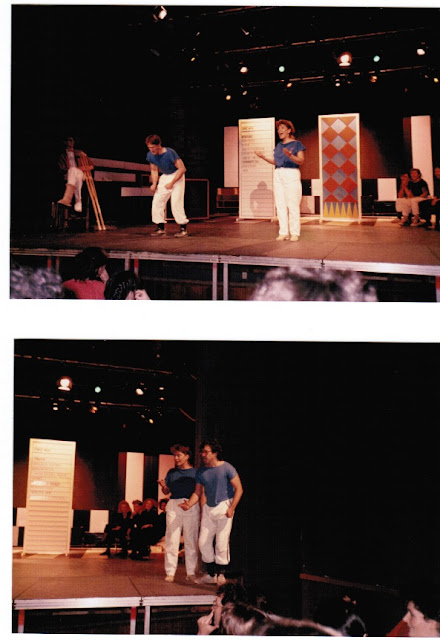 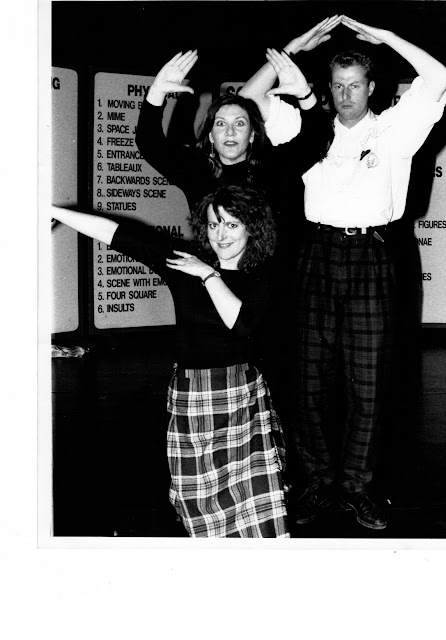 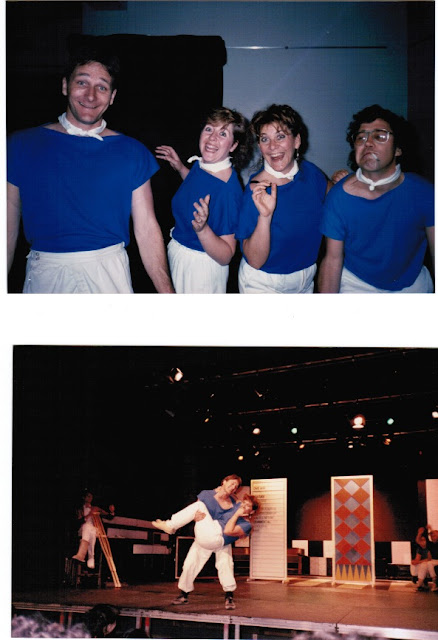 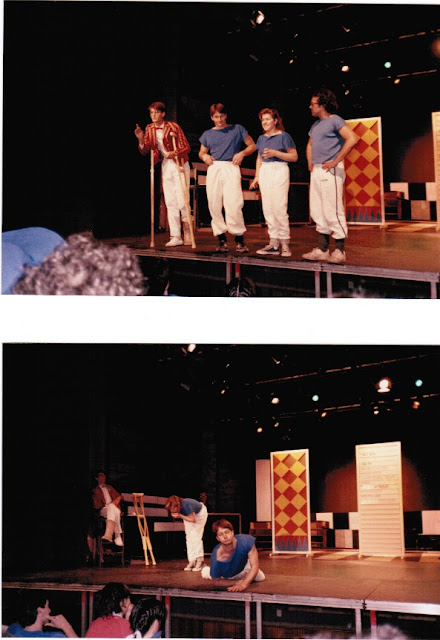 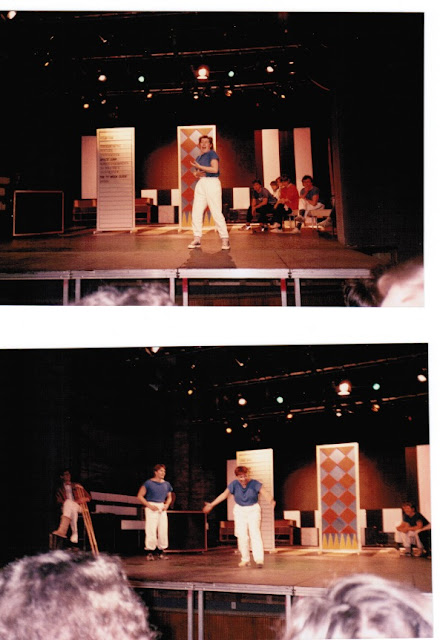 Posted by Kate Herbert at 08:47 No comments:

I am not reviewnig this but it sounds fabulous! KH 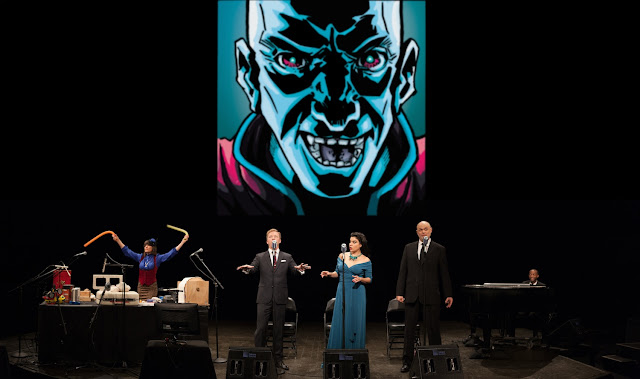 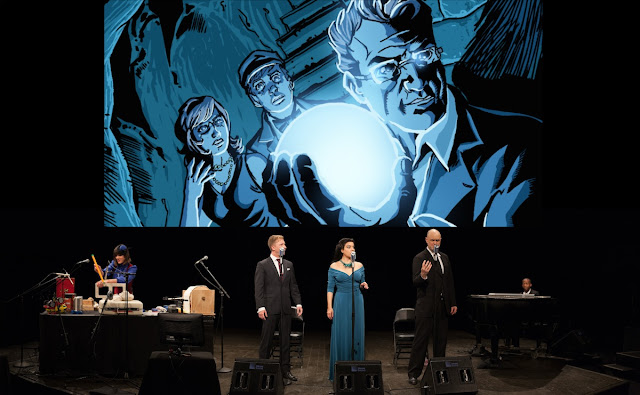 'Telling an all-ages adventure story set in the 1930s, The Intergalactic Nemesis at Arts Centre Melbourne from 9-13 September mashes up comic book and radio-play formats into a one-of-a-kind theatrical experience, the Live-Action Graphic Novel.

'The unique American work, written and directed by Jason Neulander, is set in 1933. Pulitzer-winning reporter Molly Sloan, her intrepid assistant Timmy Mendez, and a mysterious librarian named Ben Wilcott face the most serious threat Earth has ever known: an impending invasion of sludge monsters from the planet Zygon. 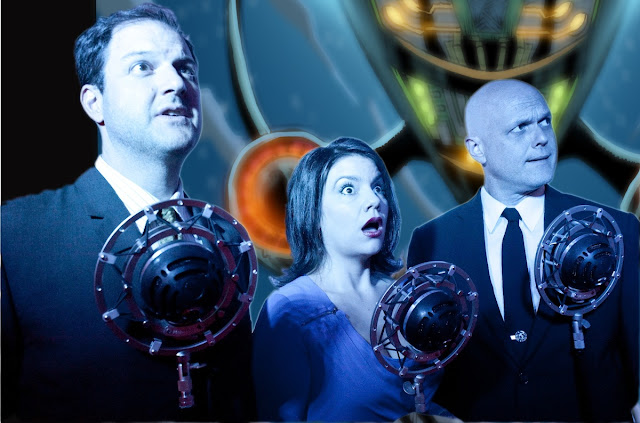 Posted by Kate Herbert at 15:37 No comments: 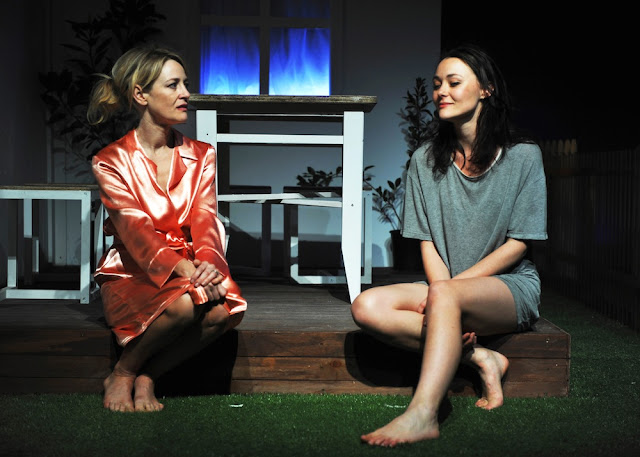 
In Lisa D’Amour’s grim comedy, Detroit, the lives of a suburban couple aspiring to The American Dream hurtle into chaos when they befriend their new neighbours.

While Ben (Brett Cousins) struggles with his recent redundancy from his job as a loans officer at the bank, his wife, Mary (Sarah Sutherland), becomes increasingly reliant on vodka and resentment.

Their elusive neighbours seem to be a suitable distraction from Mary and Ben’s economic downturn and the isolation of the suburban sprawl in which no one talk to the neighbours any more.

‘Everybody needs good neighbours’, preaches that soap opera theme, but volatile Kenny (Paul Ashcroft) and his ditzy girlfriend, Sharon (Ngaire Dawn Fair), are fresh from rehab programs and clearly new to the concept of suburban delights – they have no furniture and dead end jobs.

However, despite the unsettling sense of impending devastation, perhaps a phoenix will be reborn out of the ashes of their lives.

D’Amour’s script is not perfectly structured but her dialogue captures the comic pandemonium that occurs when these four lives collide over a grilled burger and lapse into barbecue bacchanalia.

The performances by all four actors are strong although Tanya Dickson’s direction occasionally loses control of the necessary, onstage bedlam.

Sutherland is a delight to watch as the prim but sozzled Mary as she slurs her words, teeters on her heels and snipes at the soft target that is her husband, Ben, whose wide-eyed naiveté and fading optimism Cousins captures with warmth and sensitivity.

As recovering addict Sharon, Fair explodes on the stage with cheerful mania and a seductive but alien quality, while Ashcroft gives Kenny an unpredictable, quietly dangerous edge.

Detroit may not be an American classic but it prods at these mutilated lives until we must laugh or cry – or both.