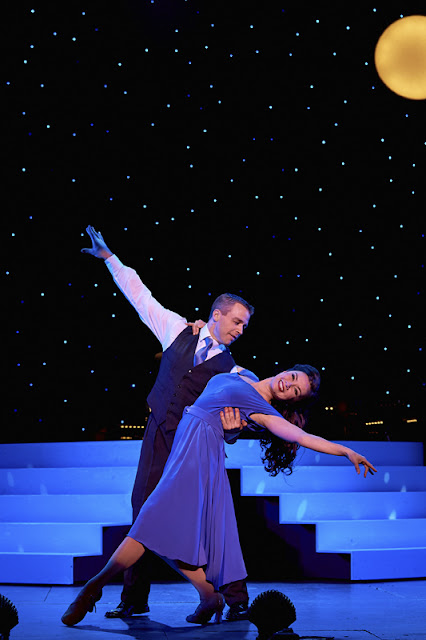 Simon Gleeson & Lucy Maunder
Mash up an American backstage musical with an Agatha Christie-style murder plot and an idiosyncratic detective and you get John Kander and Fred Ebb’s award-winning show, Curtains.

When the new musical production, Robbin’ Hood, opens in Boston in 1959, damning reviews become the least of the producers’ worries when the murder of the excruciatingly untalented leading lady during the curtain call brings the entire company under suspicion.

Enter investigating officer, Lieutenant Frank Cioffi (Simon Gleeson), a cop who is starry-eyed about musical theatre, has an uncanny way of solving the production’s myriad theatrical problems and has a crush on a cast member.

Gleeson, renowned for his role as Valjean in Les Miserables, plays the deceptively naïve Cioffi with impish glee, impeccable comic timing and some surprisingly good dancing, bringing his exceptional singing voice to the role that David Hyde Pierce played on Broadway to great acclaim.

Although Curtains is not as musically memorable and inventive as Kander and Ebb’s previous hits, Cabaret and Chicago, it is an entertaining, comical romp with a collection of singable tunes with witty lyrics and a diverting book by Rupert Holmes. 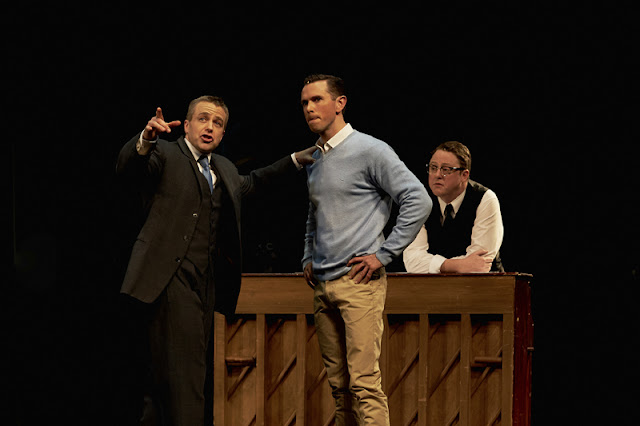 Alinta Chidzey, as Cioffi’s love interest, Niki, joins Gleeson in the charmingly old-fashioned duet, A Tough Act to Follow, that leads to an elaborate chorus routine in which the love-struck Cioffi finally finds himself centre stage.

Lucy Maunder show she is an excellent ‘triple threat’ playing lyricist and replacement leading lady, Georgia, while her bitter-sweet duet, Thinking of Missing the Music, with Alex Rathgeber as her writing partner, Aaron, is a highlight.

Melissa Langton shines singing It’s A Business as producer, Carmen Bernstein, and Maunder, Rathgeber and Tony Rickards join her in the scathing but funny attack on theatre critics, What Kind of Man?

Roger Hodgman’s direction focuses on the quirky characters in this absurd situation while Dana Jolly’s choreography is vivacious and humorous and John Foreman leads a tight, on-stage orchestra.

It may not be the best of the works of Kander and Ebb, but Curtains is an effervescent, fun-filled and diverting production that will appeal to fans of the old-style backstage musicals and whodunnits. 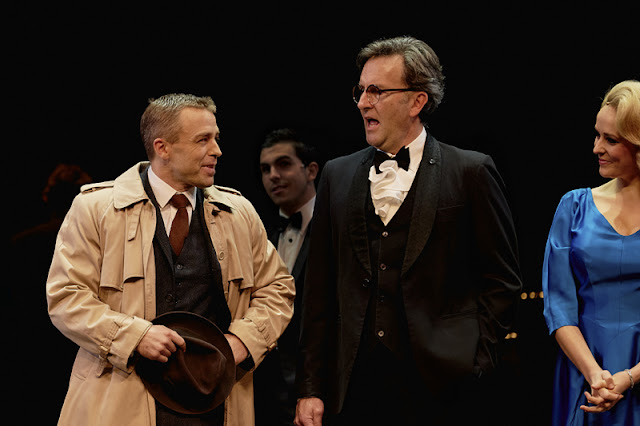 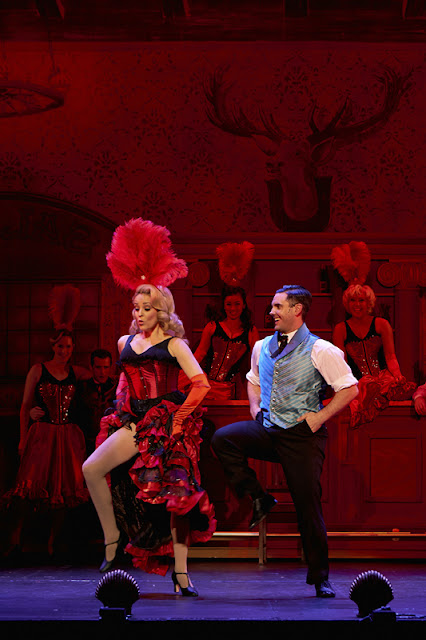