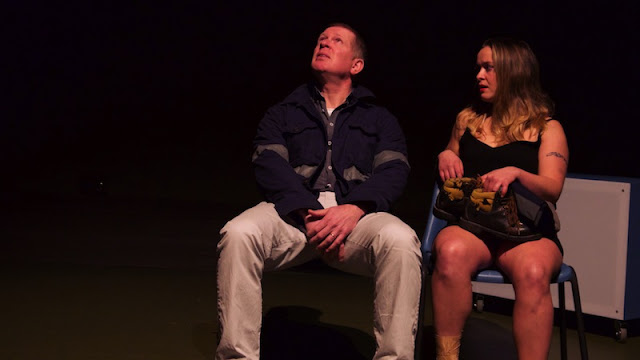 Williamson’s new play, directed with a light hand by Tom Gutteridge, relates the story of Chrissie (Kayla Hamill), a young woman who has a chequered past but now works successfully as a paramedic – although, in the first scene, her boss, Mr. Shore (Geoff Paine), discovers that all Chrissie’s qualifications are falsified. Yeah, really!

With Williamson’s usual combination of drama with social satire, Credentials challenges our views on social issues including drug addiction, violence and prostitution, while entertaining us with depictions of absurd but familiar missteps related to parenting, spoilt adult offspring, work and relationships.

The structure is episodic and shifts between the present, when Shore confronts Chrissie about her fake credentials, and Chrissie’s past when, as a 15-year old tearaway living in a dull, country town with her dominating father (Paine), she takes off to Sydney with her drug-dealing boyfriend, Rick (Zak Giles-Pidd), where she ends up in poverty and addiction.

Gutteridge focuses on character and story while keeping the staging uncomplicated, with actors watching the action from the edges of the space when they are not in scenes, and moving props during transitions.

Although the acting is uneven in the minor roles, Paine is a highlight playing the two contrasting, but equally confused fathers: Shore, the successful, middle-class, well-meaning parent, and Chrissie’s rough-edged, working class dad who can’t understand his daughter.

Giles-Pidd is entertaining and credible as Rick, playing him with a gritty, vibrating physicality and vulnerability, while Hamill gives feisty Chrissie an edgy and indomitable spirit that helps her overcome adversity.

Audiences will be split over whether they believe Chrissie should be allowed to continue to work as a paramedic despite her sham credentials, but Williamson certainly leaves us arguing about the ethical issues. 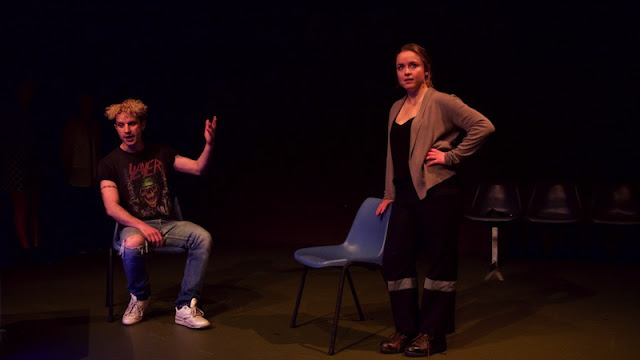