This review is published only on this blog. KH 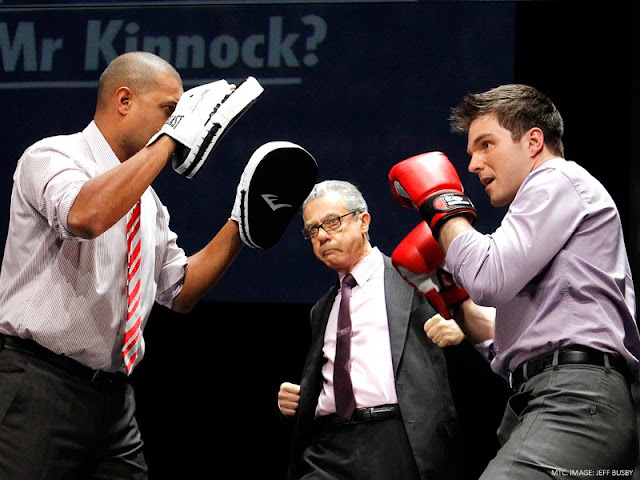 Directed by Lee Lewis, Rupert bears a startling resemblance to 1970s satirical, political theatre including productions at the Pram Factory in Carlton where Williamson began his career.

The sketch comedy style, with its deliriously nutty caricatures, is entertaining in the first half, but the production crams in so much information and so many years of Murdoch’s life, that it begins to sound like Wiki-theatre.

This leaves the script shallow and didactic, the dialogue expository and the characters mere sketches, and the play fails to illuminate the character of Murdoch or to provide any searing, satirical observations or new insight into the machinations of his empire.

Because a life, with its ups and downs, does not fall naturally into a dramatic form, Murdoch’s biography needs to be edited and massaged to give it the dramatic arc and tension required for a play.

These early episodes could effectively be condensed to allow the play to travel more quickly and concentrate on a few, major events such as the Leveson Enquiry.

Two actors play Murdoch, with the talented and funny Sean O’Shea depicting the old Rupert as a benign, elderly man who narrates his own story, cunningly manipulating his image and controlling the narrative with his omnipotent, TV remote control.

Guy Edmonds plays the younger Rupert with vigour and humour, portraying him as an ambitious man who influences politicians, interferes with editorial independence and takes tabloid journalism to new depths.

Strangely, in a play about Murdoch, it is the Packer family that leaves an indelible memory.

The entire cast play multiple characters, but Simon Gleeson is a highlight with a parade of caricatures including Whitlam, Hawke, Keating, Kerr and hilariously wicked portrayals of English and American editors and producers.

Whatever your opinion of Rupert Murdoch and his newspaper and television network, there is no doubting that he is one of the most powerful, influential people on the planet, but Williamson’s disappointing play only skims the surface of the man and his empire. 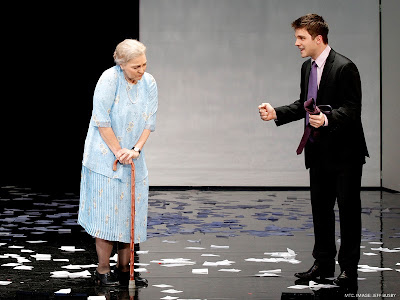 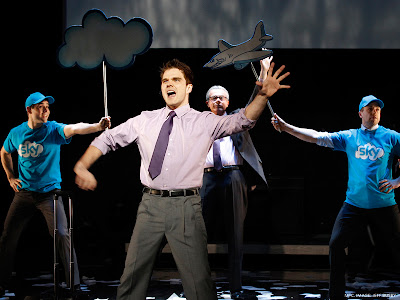