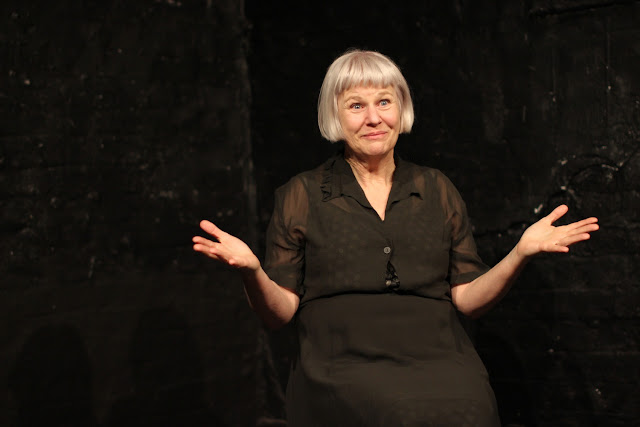 Jillian Murray
Marguerite Duras’ compelling duologue, L’amante anglaise, is both haunting and haunted as it slowly and quietly unravels the grim story of the gruesome and mystifying murder of a deaf-mute by her peculiar, but formerly non-violent cousin.

Laurence Strangio’s skilful direction is deceptively simple and his production is simultaneously intimate and alienating as the two accomplished and inspiring actors (Robert Meldrum, Jillian Murray) sit opposite each other for 100 minutes.

The bleak tale unfolds in two interviews: the first with Pierre Lannes (Meldrum) and the second with his wife, Claire Lannes (Murray), the confessed murderess of her cousin, Marie-Thérèse.

When playing the objective interrogators, both Murray and Meldrum function almost as disembodied voices that pose obvious or unexpected questions, but, in contrast, their portrayals of Claire and Pierre are complex, nuanced and spiced with humour, impeccable timing and consummate skill.

Meldrum’s Pierre seems cold, self-absorbed, smug, inflexible and insensitive as he responds to Murray’s gently probing questions about his wife, his marriage and the victim’s role as cook in his household.

However, Pierre’s abrasiveness is peppered with sadness and perplexity, and he gains our sympathy when he reveals his past, deep love for his wife and the emotional injury she caused him with her incomprehensible indifference to him over 22 years.

Meldrum is contained and compelling as Pierre and his rich, dark, velvety voice is almost hypnotic in both of his roles. 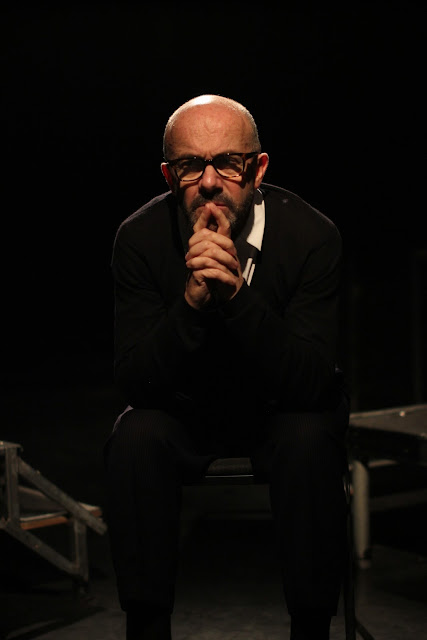 Robert Meldrum
Murray is remarkable and disconcerting as the eccentric, mercurial Claire, depicting her as a woman teetering on the brink of psychosis but hauling herself back to some version of reality in which she is a bewildered, light-voiced and child-like creature.

Meldrum, as her interrogator, gently and persistently penetrates her psyche until Claire reveals that, during her marriage, she lived in a world of gardens, interesting and ‘intelligent thoughts’, memories of her first, passionate love and diligent avoidance of her husband and the ‘fat calf’ who was her deaf-mute cousin.

Our sympathies shift with Claire’s changing moods and, through the questioning, we come closer to an understanding of her incomprehensible motivation to kill her cousin, although Claire still refuses to reveal her last secret, the final crucial piece of information.

The bizarre nature of the woman and her crime leaves the audience confounded and desperate to understand why this unfathomable woman would commit such a horrific crime.

L’amante anglaise is an engrossing theatrical experience with assured acting and direction. Duras should be delighted.