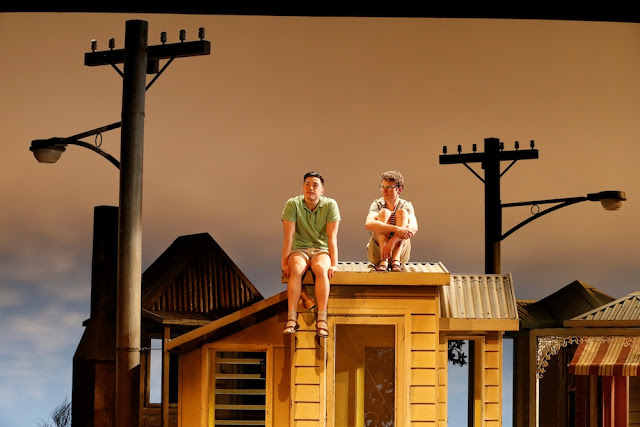 Late one hot, summer night in 1965, when town “bad-boy,” Jasper Jones (Guy Simon), raps on Charlie Bucktin’s (Nicholas Denton) window asking for help, Charlie embarks on a series of misadventures that starts with the discovery of the body of Jasper’s friend, Laura Wishart (Taylor Ferguson).

Over the Christmas-New Year period, this unlikely pair tries to solve Laura’s murder, but everything goes pear-shaped, including Charlie’s attraction to Laura’s fragile, younger sister, Eliza (also played by Ferguson).

Simon blends vulnerability and warmth as Jasper, a 14-year old, local indigenous boy who is invariably blamed for any misdemeanour committed in this bigoted town.

Harry Tseng is impishly charming as Charlie’s clever, mischievous, Vietnamese-Aussie mate, Jeffrey, who revels in his comically vulgar language, is obsessed with cricket and maintains a cheerful disposition despite being a victim of racism.

A problem with Silvey’s back-story about Jeffrey is that only a handful of Vietnamese immigrants lived in Australia before 1976 and those were unlikely to be a family in a country town in WA.

Comic scenes, such as the boys’ cricket match, attract audience laughs, as does Charlie and Jeffrey’s adolescent banter, including their debate about the relative virtues of superheroes, Batman and Superman.

Such buoyant, comical scenes are successful but the play as a whole is not always cohesive or consistent and this may be due to a lack of nuance and subtlety in Silvey’s original narrative.

The grim scenes about death, racism and loss of innocence are undercut by the broad clownishness of other scenes, resulting in an imbalance between dramatic and comedic elements.

Charlie narrates the entire story with witty asides and this theatrical device illuminates his youthful character but leaves other characters lacking depth.

Meanwhile, the wordy prose style of the narration, presumably transcribed from the novel, is often too rambling or literary for stage dialogue.

Charlie’s dialogue and his precocious literary references are frequently too sophisticated even for a bookish 13-year old, despite his voracious reading and his ambition to write the Great Australian Novel.

Other concerns are that the characters’ dialogue is sometimes too contemporary for a 1960s story, the boys’ comical repartee eventually wears thin and some scenes become repetitive, suggesting that Mulvany’s script might benefit from further editing.

Anna Cordingley’s design captures the dry, ochre dirt and scrubby landscape while the revolving stage, with its cluster of tiny houses, creates the illusion of time passing in this intense, voyeuristic town.

This adaptation of Silvey’s sprawling narrative succeeds on stage due to the comedic elements but the production lacks balance and draws too heavily on its prose source. 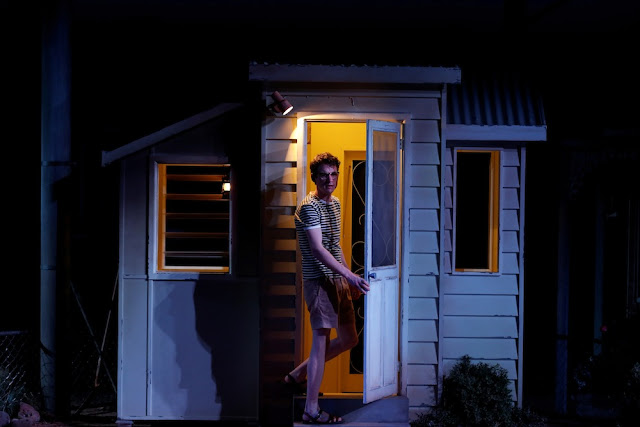