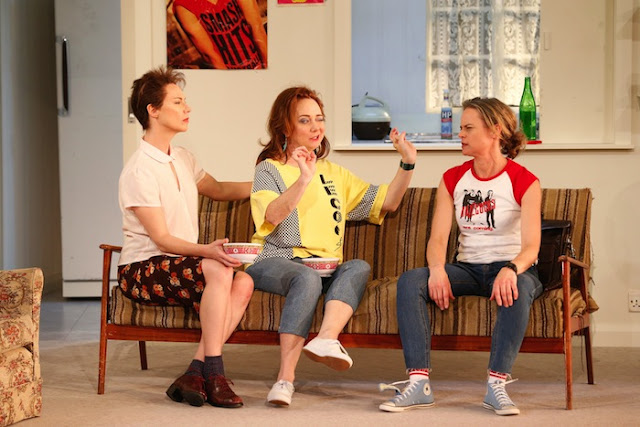 It is a joy to witness such entertaining, nuanced and credible performances as those of the three women playing the mismatched trio in Di and Viv and Rose by UK writer and actor, Amelia Bullmore.

Bullmore’s play depicts the evolution of a quirky but enduring friendship that begins in the 1980s when three seemingly incompatible first year university students, Di (Nadine Garner), Viv (Belinda McClory) and Rose (Mandy McElhinney), share a flat, negotiate their many differences, support each other in crises and form a lasting bond.

This portrayal of their early years is the most successful part of Bullmore’s play and Marion Potts’ production, with its witty dialogue, playful performances and dramatic action that focuses exclusively on the characters’ relationships.

The later snapshots of this odd trio’s meetings are less satisfying, lacking the detailed character and relationship development and energy of the earlier years. 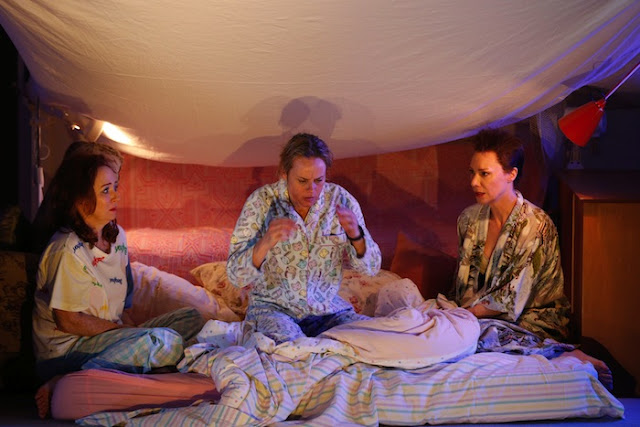 Garner brings vivacity and vulnerability to Di, the sporty lesbian who studies Business and still hides her sexuality from her parents.

McClory gives sensitivity and emotional complexity to Viv, the bolshy, pompous academic who shakes off her working class roots, studies the sociology of women’s fashion and achieves her career ambitions.

The trio’s comfortable intimacy is hilariously evident in an unforgettable scene when they dance with drunken abandon to 99 Luftballons by German artist, Nena.

This exuberant energy excuses some script and production problems, such as two sudden and arbitrary plot turning points and some rather clunky scene changes that involve opening and closing of enormous sliding panels.

This play will resonate with audiences, particularly women, and it boasts three of Australia’s best actors so perhaps we can forgive its flaws and the frustratingly unsatisfying plot development. 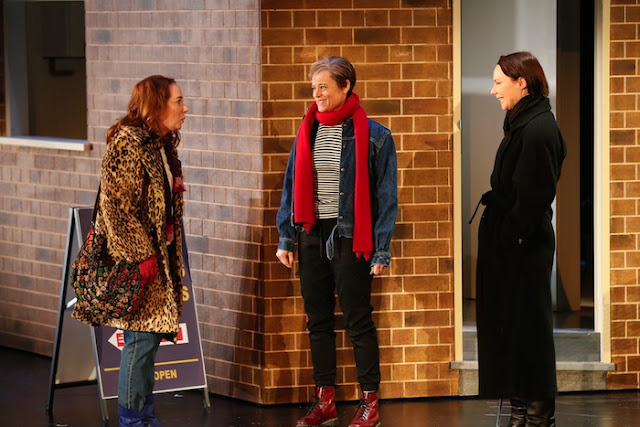